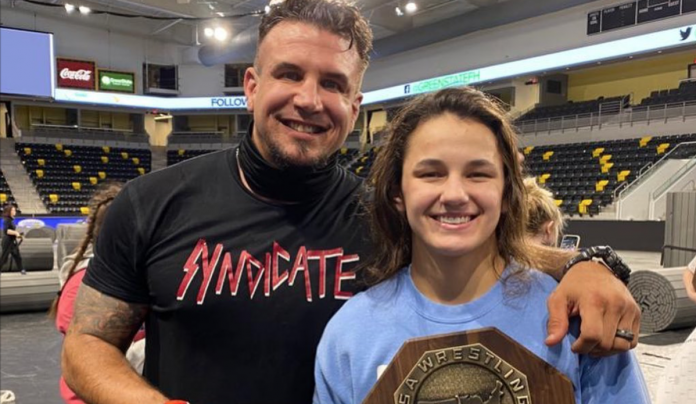 Mir, who is the daughter of former UFC heavyweight fighter Frank Mir, also claimed the Outstanding Wrestler award for the tournament for the junior division.

Mir, representing Centennial High School, moved her way up the 152lb bracket to face Haley Ward of Jackson County. Mir came away with the win and added to her already impressive resume as a combat sports athlete.

Frank shared the exciting news in a post on social media:

“Our girl is a National Champion & the tournament’s Outstanding Wrestler! 🏆🏆Congrats @ladymir11 we couldn’t be more proud of you!”

The 18-year-old Mir is currently undefeated in her MMA career, winning her debut via decision and her second fight with a rear naked choke that put her opponent to sleep in the first round. She has a long history of success in both wrestling and BJJ tournaments.