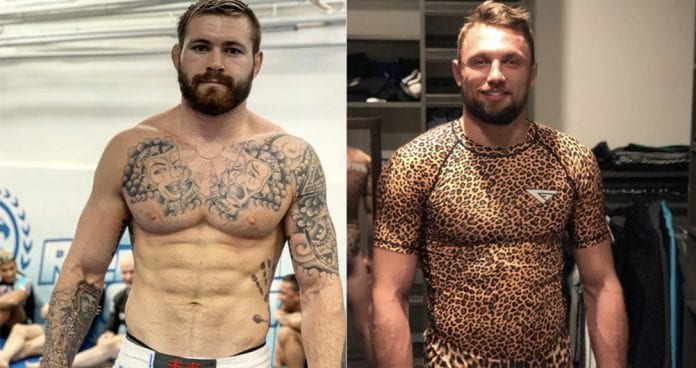 The outlet has reported that both Craig Jones (who was scheduled to face Lucas Barbosa) and Gordon Ryan (who was to face Ronaldo Junior in the main event) have experienced symptoms of the novel coronavirus in “recent days” and have been removed from the card as a result. FloGrappling has emphasized that the matches have not been canceled, but postponed until a later date when the involved athletes are well again.

Ryan and Jones have both confirmed their positive diagnosis on social media:

The new main event for the card will be a match between Garry Tonon and Dante Leon, which was already slated for one of the three main attractions for the event. Flo has stated that they will also be scheduling replacement matches for the ones that were postponed.

Tonon is coming off two consecutive victories at Fight 2 Win, first against Davi Ramos and most recently against Osvaldo “Queixinho” Moizinho at F2W 145. This will be his second competitive endeavor of 2020.

Leon will be carrying the momentum of No-Gi Worlds gold last year, which he followed up by winning all three of the matches he’s competed in this year. Their WNO battle will be a rematch — last year at ADCC, Tonon submitted Leon with a heel hook, taking him out of the running for a spot on the podium.

Who’s Number One will stream live on FloGrappling this Friday, July 31.

This is a developing story, and the Jiu-Jitsu Times will provide updates as they become available.