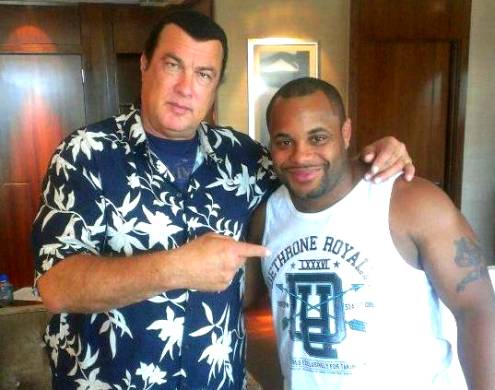 “I received a text message on our plans that got backed up — I was supposed to train with Master Seagal tonight. But his flight got changed because the private plane he was flying on had got moved to tomorrow. So he will be in tomorrow and he said he’s got some stuff he wants to show me, that he believes will work against Jon Jones. He wants to be here to support me in my cause.”

“I did [train with him ]once at the Mandarin Oriental Hotel. I went to his hotel room and he showed me some holds that were pretty effective. I can honestly say that I’ve used them. This was July, two years ago.”

“I don’t know where this stems from, but I’ve heard stories that Jon Jones was very disrespectful to the Master at some point. So he’s willing to help me.”