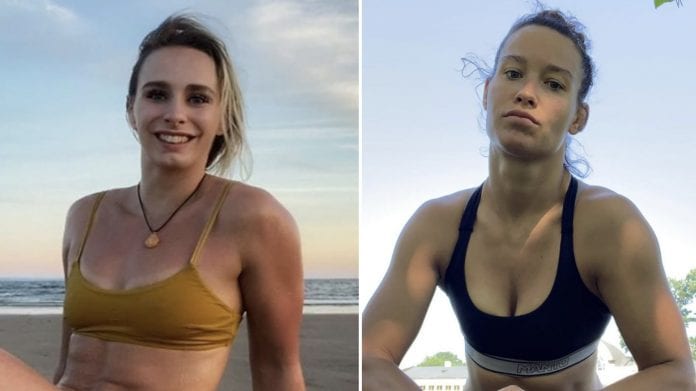 Ffion Davies is coming back to Polaris, and this time, she’ll be facing decorated Polish grappler Magdalena Loska.

The two will be competing in a superfight at the first installment of Polaris Squads: a team-based event from the Polaris promotion that will feature competitors like Tom Halpin, Ash Williams, and Marcin Held. Loska and Davies’ superfight will be held at halftime, and the match won’t be for a title.

Since her silver medal finish at ADCC last year, Davies has been on a solid winning streak, which was only broken by a close decision loss to Tayane Porfirio at GrappleFest 9. Though Polaris knew they wanted Davies for this event, travel challenges presented by COVID-19 meant that they had to find her an opponent from the UK.

Thankfully, Loska has stepped up to the challenge, and make no mistake — she’s worthy of the opportunity. A teammate of the UFC’s Joanna Jedrzejczyk, Loska is a decorated jiu-jitsu competitor. She can frequently be found on the podium at IBJJF events, and earlier this year, she earned silver at Euros. This match will be a great display of some of the best jiu-jitsu that Europe has to offer.

The new Squads format for this event will see two eight-man teams go up against each other, with four members of each team being under 75kg and four being under 95kg. For this event, Davies’ coach Darragh O’Conaill will serve as the captain for Team UK & Ireland, and Eduardo Rios will lead Team Europe. The full rules for the event can be read on the Polaris website, and the full list of team members can be viewed below:

Polaris Squads 1 will take place on September 27 and will stream live on UFC Fight Pass.