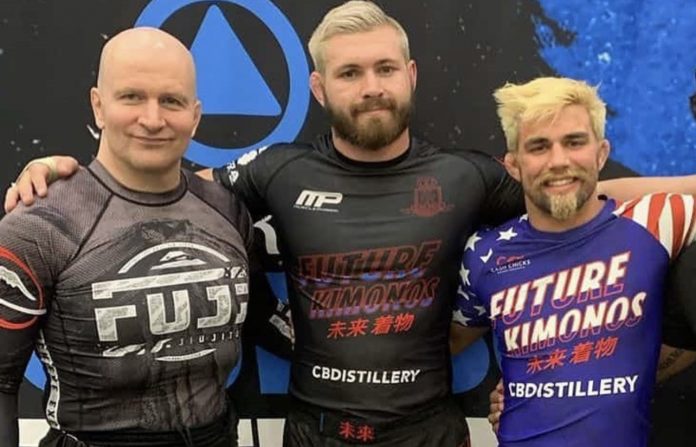 In case you missed it, the Danaher Death Squad — a.k.a. the elite submission grappling team led by John Danaher and comprising, among others, Gordon Ryan, Garry Tonon, and Craig Jones — was revealed to have split up.

Since then, the BJJ community has been abuzz with rumors and speculation regarding where the athletes and coach might land. Not long after the initial announcement, Jones shared that he, Nicky Ryan, Ethan Crelinsten, and Nicky Rodriguez would be continuing to train together, tagging the post as “Austin, Texas” without revealing any further details. The elder Ryan brother, for his part, shared the news that he had plans to open an academy in Austin himself. However, both Danaher and Tonon hadn’t publicly revealed any definitive plans for their futures.

Now, Gordon Ryan has shared a post indicating that he, Tonon, and Danaher will indeed be continuing to train together, saying that the newly formed team would be called “Team New Wave Jiu-Jitsu.” Oliver Taza has shared with the Jiu-Jitsu Times that he will also be joining the team.

“The OG squad is back in business- call us… Team New Wave Jiu Jitsu. @garrytonon @danaherjohn“

While some followers have speculated that all the news has been a massive effort to pull a prank on fans, fellow Renzo Gracie athlete Jake Shields confirmed in the comments that “unfortunately it’s not a troll.”

We’ll keep you posted on further updates for these athletes.

UPDATE, 29 July: This article has been updated to reflect Oliver Taza’s confirmation that he will be a part of New Wave Jiu Jitsu.