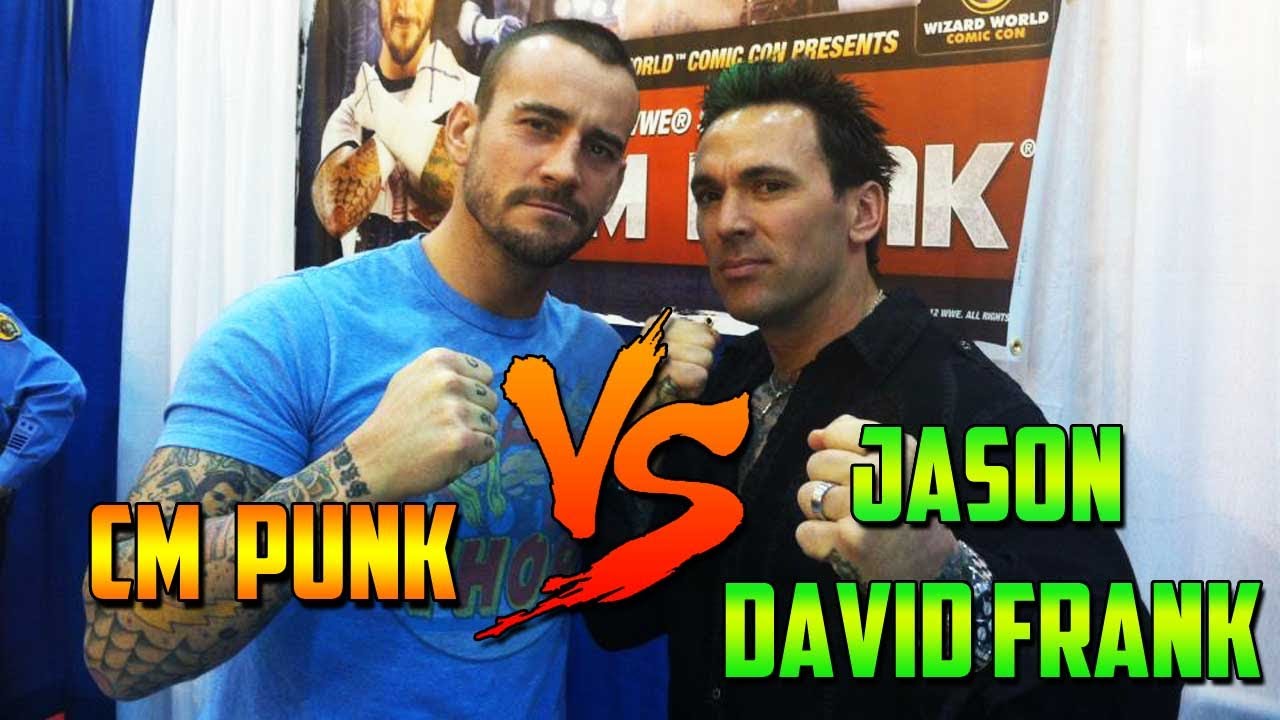 “HE’S NAIVE TO PRETEND THAT HE DOESN’T KNOW ABOUT ME, WHICH TELLS ME TWO THINGS — HE’S ANNOYED AND DOESN’T WANT TO GIVE ME MORE CREDITABILITY WITH FANS OR NO.

“I like CM Punk, I think he’s a great guy.  I’ve been watching all of his interviews, we’ve been on tour together.  I’m not sure why he says he doesn’t know me,” Frank said when speaking to FOX Sports.  “I’ve done the Wizard World (conventions) with him and even back two years ago he was saying that ‘your fans want to see me fight’ and somebody came to his panel and said something about fighting Jason David Frank and he said ‘oh yeah, the fans are already talking about it’ and then he said ‘which color Power Ranger is he?” so he knows who I am.

“Then in the TMZ thing he says ‘I didn’t know about this, I only know he’s the Green Power Ranger’ so it’s like dude, you do know me. Acknowledge that you know me, whether this is going to happen or not.”

Former wrestler CM Punk, real name Phil Brooks, announced a multi-fight contract with the Ultimate Fighting Championship at UFC 181. After the announcement, most people were shocked because Brooks is 36 years-old with no amateur wrestling or MMA background. He has some training in kemp and jiu jitsu, but he’s now jumping into the biggest fighting ring in the world. Jason David Frank even challenged Brooks to his first professional fight.

Who is Jason David Frank?

Of course, most people don’t know Frank by name, but they’ll undoubtedly recognize him as the Green Ranger from Power Rangers. He’s 41 years-old with a lengthy background in mixed martial arts, although he’s only had one professional fight. Frank won all four of his amateur fights and his first professional bout in the first round, though. Even though he’s old for the sport, it can’t be said that he’s inexperienced or a lesser fighter than Brooks

Fans have been clamoring for a CM Punk vs. Green Ranger bout for almost two years now. After Frank made his challenge to Punk, it became a high profile challenge that many people approved of. Brooks denied that he even knew about Frank in a later interview, despite the fact that it was all over the news. Frank even proved that him and Brooks had met each other and toured together at Wizard World conventions.

Is CM Punk Scared Of The Green Ranger?

Frank, frustrated by Brooks’ denial of knowing about the challenge, called out his potential opponent. In another interview, he stated that Brooks didn’t want to give him credit. He even stated that Brooks might be afraid of losing to the Green Ranger. Perhaps the former wrestler considers Frank an unworthy opponent or doesn’t want to deal with the embarrassment of losing to him.

Either way, some UFC and MMA fights are calling the CM Punk signing a gimmick to sell tickets. Whether that’s true or not depends upon who he eventually fights in his first bout. While a Power Ranger versus CM Punk fight sounds like the ultimate gimmick, Frank is actually a real opponent with skill and plenty of training. On the other hand, Brooks is a long-shot to make his UFC career anything more than a farce.