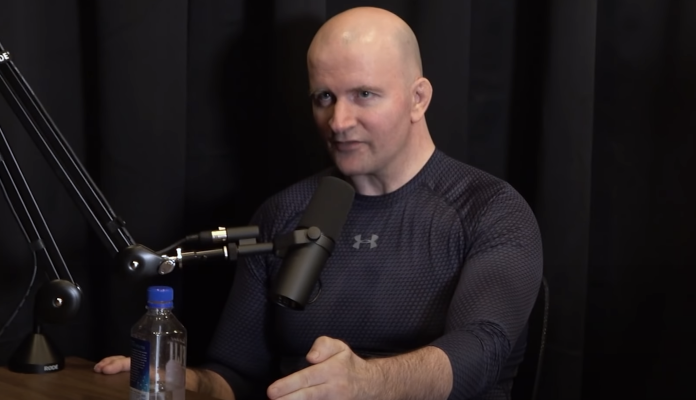 John Danaher is responsible for developing a handful of the best martial artists of the last decade, such as Georges St-Pierre, Garry Tonon, and Gordon Ryan.

His explanation came as a response to Friedman posing a hypothetical question about using reverse psychology in order to develop his athlete’s confidence, “John, [do you ever say,] ’I don’t think you can do this to motivate them to prove you wrong?”

Danaher was very direct in his answer, “No. My job is to prepare people first and foremost with their skills… if you’re getting tremendous success with a given move in the gym against high-level opponents who give a good read on what your actual opponent in a competition is like, you would have to be a moron to not recognize that kind of success and say, ‘this is something I should be building into my game’ and you will carry that you earned in the gym into the arena.”

Holding a Ph.D. in epistemology from Columbia University, Danaher is not only well educated but may arguably have one of the brightest minds among the martial arts community. Combined with his BJJ black belt under Renzo Gracie, his philosophies have helped to develop the sport of jiu-jitsu into what it is today and his teachings have given us some of the sport’s greatest performers. When Danaher speaks, coaches and athletes should listen.