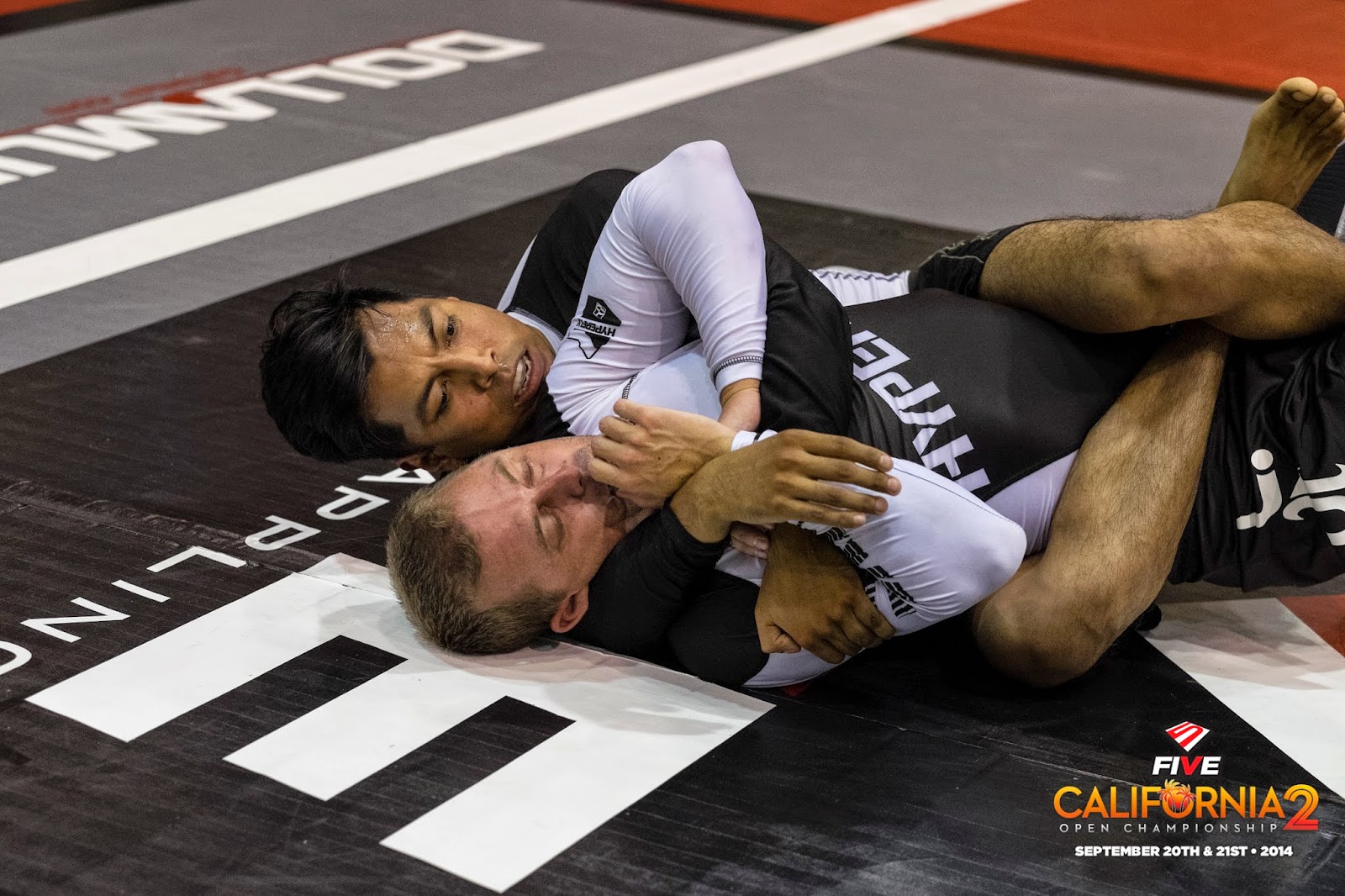 “There is no losing in jiu jitsu. You either win or you learn.” – Carlson Gracie

We live in a culture that is focused on winning. There are quotes that you will hear from little league fields to adult recreation basketball leagues like “second place is the first loser” or “winning isn’t everything it is the only thing.” As a culture, we praise the winners and forget and mock the losers for their shortcomings.

There is little room to appreciate “the warrior spirit” or the hard work and grind that an athlete or team puts into competing once they fall short of their goals and expectations. The learning and personal growth that comes from the setbacks in sports is often forgotten to the point where we shield kids from losing by not keeping score during youth soccer games or awarding medals to all children regardless of outcome.

What differentiates Brazilian Jiu Jitsu and other martial arts competitions is the understanding and appreciation by the practitioners that nothing is instantaneous. It is a long, slow, grueling process of learning, setbacks, and learning more from your setbacks. This philosophy goes against the grain of both the “winning is everything” and instant gratification mindset that we have been indoctrinated into by the society we live in.

Osvaldo “Ozzie” Rios is an embodiment of the “warrior spirit” and the martial arts approach to training and competing. Ozzie started his Jiu Jitsu competition career going winless in his first 10 matches. On both a physical and mental level, competing in Jiu Jitsu could be a very daunting task. There are the weeks of training and dieting, to the mental aspects of dealing with fear, doubt, and your own ego as others watch you compete in hand-to-hand combat against somebody who is ranked at the same level of skill and age. Even after putting in the time and overcoming the physical and mental challenges, there is no guarantee that you will be successful. While some might give up on competing after several loses, Ozzie took a very different mental approach to training and competing. His positive outlook and understanding that learning and competing in Jiu Jitsu is a long process helped him grow both as a martial artist and put him in a position to win his first match and place second at the 5 Grappling California 2 competition in September 2014.

Ozzie’s journey into Jiu Jitsu started as a bet among friends in August of 2011.

After losing the bet, his friend Alan, a Jiu Jitsu student at 5 Star Martial Arts, invited him to attend a class with him. In his first class, Ozzie was hooked after learning the De La Riva Guard transition to sit up guard to a sweep. He started to train 3 days week and realized early on that it would be a long learning process.

“It took a while. I asked around. I asked Coach Alex and Coach Armand. They molded my approach to Jiu JItsu. It was a slower process,” said Ozzie. “If you want to learn everything it will take longer. It is not something I planned to do for 6 months and expected to get good at it. It is not like I expected to do it for a year and expect great things. I understood from the beginning that this would be a 10 year process.”

Ozzie trained consistently for over a year until he was bitten by a dog in November 2012. Ozzie saw a 90 lb German Sheppard attacking a woman and her small puppy on the street. Ozzie intervened, but in doing so was bitten by the German Sheppard in the right bicep, causing the bicep muscle to be detached from the bone. The injury put Ozzie on the shelf for 4 months and when he returned to the training in April 2013 he was approached by a training partner about competing in a Jiu Jitsu tournament. He said the part of the pitch that sold him as he recalled was “At least you can say you have been in a martial arts tournament and that was pretty cool.”

After deciding to train for his first competition, Ozzie increased his training to 5 to 6 days a week and started training with his school’s competition team. He made his debut at the 2013 IBJJF Worlds where he lost to the eventual Gold medalist in the first round by arm bar in his first match. Next came the NABJJF Los Angeles Open, then the IBJJF Las Vegas Summer Open and number of other tournaments. While the scoreboard favored his opponents, Ozzie using each of the matches to learn and further develop his Jiu Jitsu game.

When asked if he grew if he grew frustrated over his setbacks, he said “No, there is always something to learn. You can go back and review. I get frustrated when no one records the match and I have nothing to review.”

The streak continued into 2015, but progress was being made and improvements were noticeable in Ozzie’s game during competitions. In his first few matches he was losing by submissions, and then as he progressed he was losing by points. At the 2014 Worlds, he lost to the winner of the Houston Open 2-0. In 3 of his last 4 matches prior to 5 Grappling, he scored first, but then lost on points or by submission. In 75% to 80% of matches, the competitor who scores first wins and for Ozzie to score first, and then lose in 3 of 4 matches was just puzzling. Ozzie was now in a realm where he was almost a statistical anomaly. Even then he was still mentally resilient.

“It depends on your perspective. I am usually the lightest guy in my division,” said Ozzie. “Other guys are bigger, stronger and more explosive. So for me to get to the point where that its that close. I would lose because I moved too much or rushed it would still be a great feeling because I was the smaller guy. That can get fixed. Watching footage and getting feedback from teammates and coaches. That can get fixed easily. That is not a big mistake. I can work on things every single day.”

With each month of training and each competition, his game plan and identity as a Jiu JItsu player evolved.

“At first I wanted to take people down since Professor Shawn Williams wanted us to be well rounded. It is a great way to start the match, but you have to be good at takedowns to get takedowns and I wasn’t so I started to pull guard. And I started having more success and getting more sweeps. I think it is a process of experimenting and finding your groove.”

When asked how he stayed so mentally strong and positive, while most others would have become frustrated, Ozzie spoke about how he grew from a bench player on his junior high  team to becoming a starter in his senior year  for his varsity high school basketball team. This experience taught him valuable lessons and instilled character traits that he transferred to Jiu Jitsu.

“Things never go my way. When I was 12 or 13 I started playing basketball and I was horrible. For the first 2 or 3 seasons I was sitting on the bench,” said Ozzie. “I maybe got maybe 3 or 4 minutes a game if I was lucky. I understand there is process where I am going to suck and you have to grind it out. When you get good at something, there are more components. There is more to scoring, offense. There are transitions, ball movement.”

At the 5 Grappling tournament at Long Beach Poly High School, Ozzie was in a 3-person bracket where the first two competitors would face off in the first match, followed by a second match featuring the loser of match 1 and the third competitor. The winner of the first and second matches would then face off in the finals. Ozzie drew the first match and faced an opponent from Gracie Barra. While Ozzie is taller and leaner, his opponent was shorter and stockier. Despite his opponent’s compact build, Ozzie managed to take his opponent down with a double leg. After alternating top position several times, Ozzie won by points 5-3. The monkey was off his back. As the clock winded down to zero, there was a loud cheer from his training partners and teammates through the gymnasium.

When asked about the applause Ozzie said “When I got the first takedown. There was a wave of roars that swept through the mats. It is the best part. Going into a match knowing you have 10 or 15 guys in your corner and the other guy goes back into his corner and there is only 1 or 2 people there. It gives you good feeling overall.”

In his second match, which was for the Gold, Ozzie faced an opponent from the Clark Gracie school. Ozzie again took his opponent down and fought valiantly in a back and forth match that he lost 7-6 in the closing minute. In the end though, all the hard work, sacrifice, and the grind of going through the process to develop his game and identity had paid off with his first Silver medal. 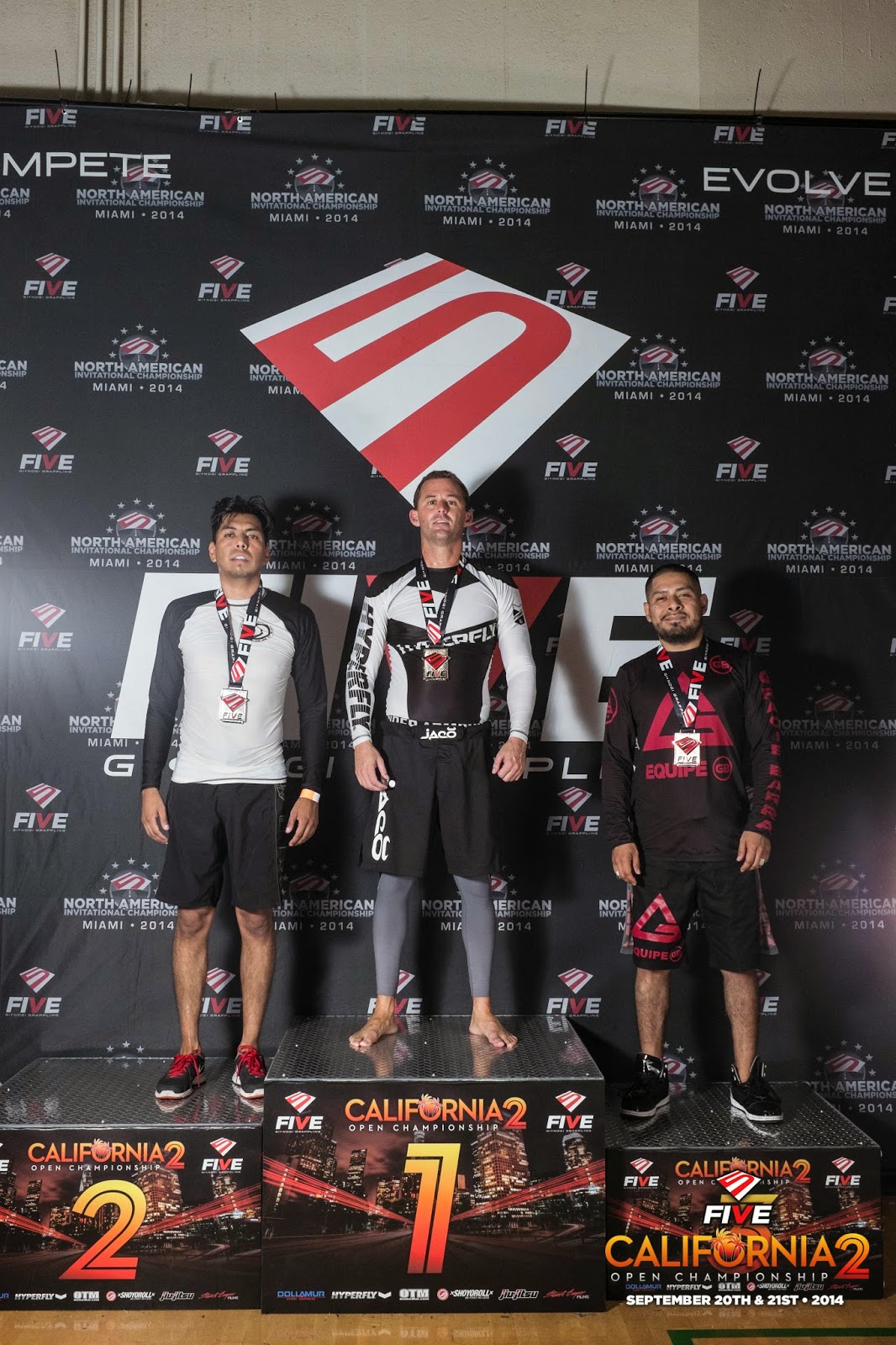 Unlike his other competitions, Ozzie showed a very effective double leg take down that he had studied and drilled for several months. The growth in his Jiu Jitsu takedown game put him in position to win both of his matches and highlighted the growth of his game from somebody unsure of whether to pull or takedown and opponent, to somebody who was very confident to do either.

“I am not going to be the biggest. I am not going to be the strongest. So I did my homework. I started watching Cary Kolat and Jordan Burrough. A couple things I picked up from them. I started watching (teammate and former college wrestler) Cody Bitler and some of the things he was doing. The way I visualized in my head made it easy to implement. Something clicked. There is still room for improvement.”

Never satisfied and always looking to grow and improve his game, Ozzie has come a long way since he was unable to move when his friend laid on top of him after a night of Korean BBQ. A week after winning his first match and winning the Silver medal at the 5 Grappling Tournament, Ozzie was promoted to Blue belt. The promotion is symbolic of Ozzie’s persistence and positive attitude during the first leg of his Jiu Jitsu career.