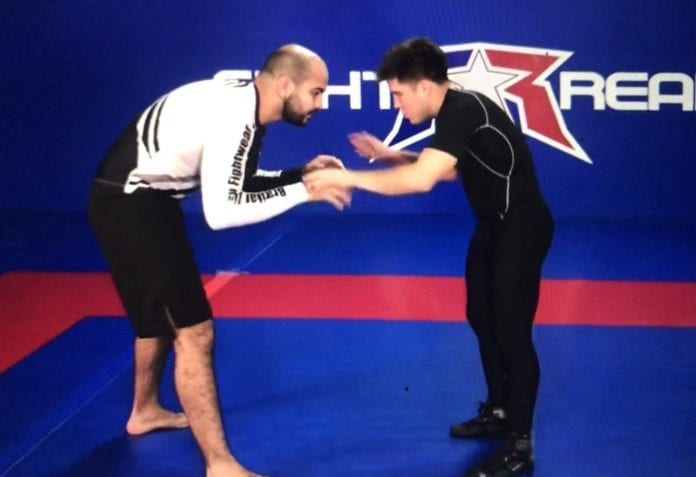 UFC flyweight champion and Olympian Henry Cejudo know’s what it’s like to go up against a larger opponent. At 5’4″ and 125lbs., there aren’t many pro level fighters smaller than him to pair up with. To compensate for some vertical challenges, the gold medalist became one of the top takedown artists in the world. And is generously passing on some tips from the top via sizable world champion Bernardo Faria.

Cejudo stresses that he avoids getting in the perilous position of being underneath a larger opponent, opting to utilize agility and technique to get into a dominant position. Techniques discussed: the “super duck;” finding the “door” or opening to move into; using the force/momentum of the larger opponent to get the “slide by” and move behind them; and foot and body positions that set smaller grapplers up for the backtake and takedown.