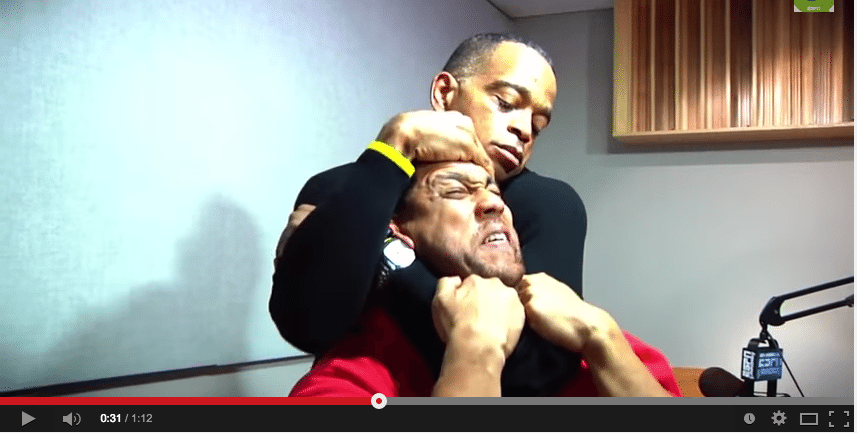 ESPN anchor Stuart Scott jiu-jitsu battles against cancer as he continues to live his life to the fullest. Inside a mixed martial arts studio, Stuart Scott showed interviewers the scar that doctors have left after they performed emergency procedures on his organs. He was wearing a shirt that had read “Everyday I Fight”, something that has come to represent the best of this man’s perseverance and legacy. He has said that the scar was a sign of life, and that his fight continues, no matter how bad the situation may be. He remains optimistic about the future and his ability to overcome obstacles.

Stuart Scott has had over fifty eight infusions of chemotherapy, and he has recently switched to pills in order to alleviate some of the stress that comes with the treatment. Despite the doctors’ best efforts, the drugs have not yet fully stopped the cancer that had first struck in 2007, when he had his appendix removed. After a positive outlook, the cancer was reported to have returned approximately four years later. It came back against just last year. It seems as though every recurrence becomes more and more dire. However, despite these setbacks, Scott continues to return to his career with the ESPN in order to ensure that his private fight becomes known. He wants to help inspire others with his own life story, and he dedicates himself to physical fitness and well being every day in the hopes that soon, the cancer will be gone entirely from his system.

Despite friends, colleagues, and family members asking him about his condition, he has said that he does not know his prognosis, and that he is not interested in it. He does not know what stage he is in and it will not matter because he does not want it to affect the way he approaches his life. It would cause him more stress than he needs, and he instead opts to continue with his fitness goals and strategies, hoping to live his life to its full potential, no matter the effects of the cancer. On the job, there is no way to tell that he even has cancer. He continues to engage his career with the same liveliness and excitement that his fans have come to love about him. With his mixed martial arts routine and the high intensity cross training workouts that he engages in, he aims to restore his strength and energy in order to keep up with the chemotherapy.