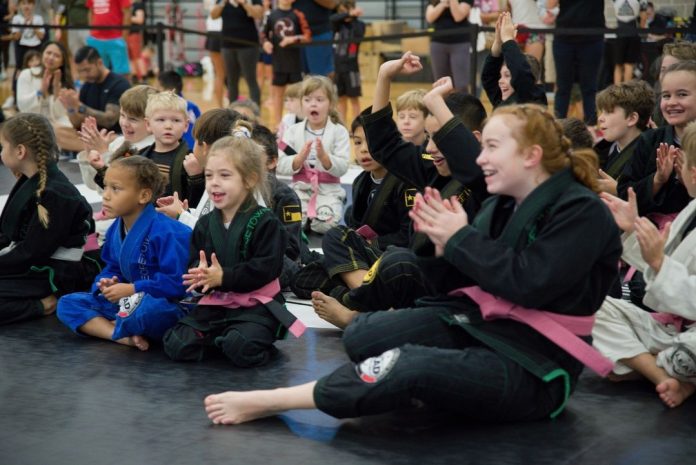 Tap Cancer Out, a jiu-jitsu nonprofit dedicated to fighting cancer and supporting the disease’s survivors, can cross off another major New Year’s accomplishment: in 2022, the organization officially raised $1.3 million worth of contributions to cancer-fighting beneficiaries.

Jon Thomas, founder and executive director of Tap Cancer Out, couldn’t be prouder. “The impact that the BJJ community can make in the fight against cancer never ceases to amaze me,” he tells the Jiu-Jitsu Times. Over the course of 2022, TCO put on 21 events boasting 7,752 participants.

In addition, TCO’s annual Global Grappling Day – a virtual event where supporters from all over the world can host their own jiu-jitsu fundraisers from home – raised over $209,000 this past year. Taking place on December 17, TCO’s 2022 Global Grappling Day saw participation from over a hundred fundraising academies spanning multiple countries.

“Global Grappling Day has quickly become one of our most impactful events of the year,” says Thomas. “Not only did it raise more than $209,000 this year thanks to 492 fundraisers and 103 fundraising academies, but it continues to unite our BJJ community across the world. Fundraisers from six different countries took part, competitors and non competitors alike, without the nerves and other obstacles of a competition setting. Just teammates and friends getting together to make a difference.”

It’s a testament to the sheer power of what the global jiu-jitsu community can create when united by a common desire to do good in the world. “It’s always special to see our competitors and fundraisers changing the world through the sport they love,” says Thomas. “I have no doubt they’ll lift us to new heights in 2023.”

How to Support Tap Cancer Out

Want to help TCO out with their mission? You can learn more about Tap Cancer Out and support their cancer-fighting efforts by competing in one of the organization’s many charity tournaments.

Not the competitive type? Take a look at upcoming opportunities to donate your money or volunteer time.

Plus, if you’re in the market for a new gi or gear bag, consider shopping “gear that gives back” via the organization’s branded merchandise line. Check out our buying guide here!