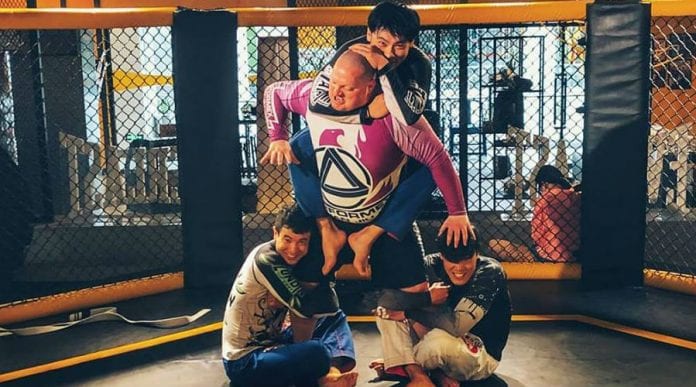 Earlier this year, I traveled to Dalian, China to teach language at Dongbei University of Finance and Economics. It was my first time ever leaving the country, and I was unsure about what the jiu-jitsu culture would be like in a totally new country with such a vastly different culture from my own, having grown up in the midwest of the United States.

While things were very different, they were also very much the same. Here are some of my thoughts and memories from my time training BJJ in China:

As I stepped onto the crowded subway and pushed myself between an elderly man and a young woman using her cellphone to check WeChat, China’s all-in-one social media, I sighed and tried to ignore all of the people staring at me. I am a very large, white American: a rare sight for many on the train that day, and the fact that I was carrying a gi over my shoulder and wearing grappling shorts while temperatures were near freezing outside did not help to make me any less of a spectacle. It was a forty-minute ride and a ten-minute walk to the gym, so it only took a few trips back and forth for me to get comfortable with being stared at.

Eventually, I would arrive at the gym, a Gracie Barra affiliate in an Everlast gym located in the middle of one of the dozens of malls across Dalian, China. I would check in, get a locker key, walk past the boxing ring and MMA cage and rows of punching bags, stash my hoodie and wallet, and hit the mats in time for warm-ups.

We would run through the basics you’ll find at most gyms: forward rolls, shrimping, granby rolls, reverse shrimping, bear crawls, etc. Interestingly, we also did butt-scoots and backwards butt-scoots; I was a fan of neither. It was all very different from the dynamic stretching, takedown and positional drills that I had become accustomed to during my nearly two years at Performex.

After warm-ups, the head coach, Du Yunlai, usually split the class into two groups, letting one of his blue belts, JunJun, teach the beginners, while he led the rest of us through the more complicated techniques.

I don’t understand a word of Chinese, but I understood what he taught through his movements. We mostly ran through offense and defense for single-leg x-guard, reverse De La Riva, and a little bit of lasso guard defense. I’m going to take credit for that last one even if he had planned on teaching it anyways because I love sweeping from lasso guard and had hit almost everyone with it within a week of my arrival.

I did the drills as best as I could. Admittedly, I did face a few difficulties with some of them. 1) I am very big. Du does not have my belly. I could not always move the way he does. 2) Most of the other students in the gym were white belts. There are some blue belts, but I was the next highest rank behind the coach. It made drilling difficult because sometimes I had to help reteach a technique using a blend of “Chinglish” and charades; or I found that my drilling partner didn’t always know the proper physical reaction to the technique we were drilling, so I was not able to do it because they would flop or move the wrong way. 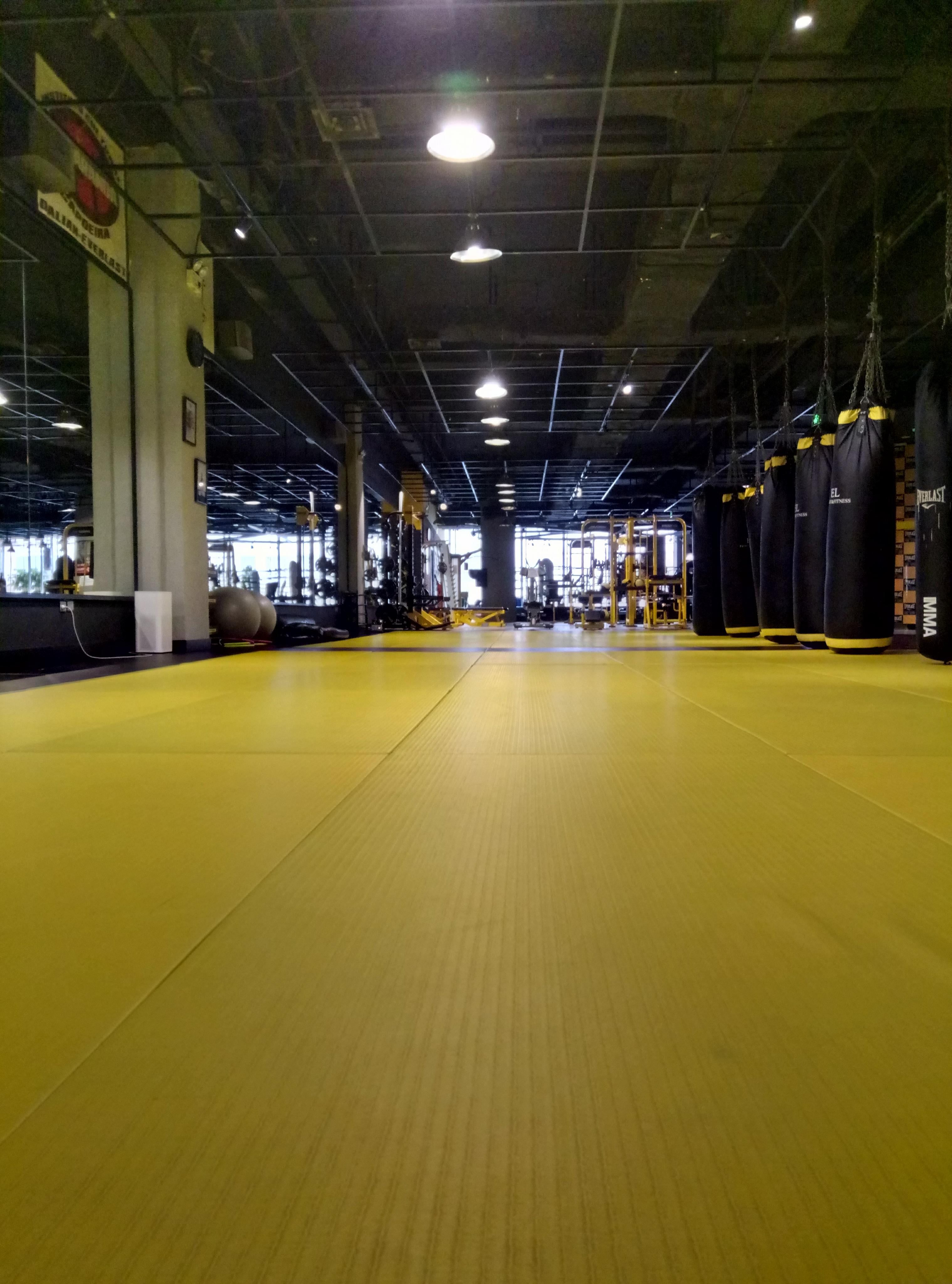 After technique, we would move on to rolling. Usually, Du had to tell someone to roll with me. Often, they would look at him and say something in Chinese I could not understand, but their facial expression said it all because they looked like a kid who was just told to go clean their room; they didn’t want to do it.

I get it. It didn’t offend me. I’m a big guy. The people of China tend to be not so big. Because of this, they were always aggressive with me. There was no holding back. They would go in for the kill right away. In fact, in one class, a man who couldn’t have weighed more than 125 attempted to hit me with a flying triangle as soon as we bumped fists.

Usually, I rolled pretty light with them. They were smaller than me and they were white and blue belts, but there were still times when I needed to really apply myself and my pressure to get into a good position or to escape a bad one.

Live rolling was another time in which I had to get used to people staring at me; and not only staring, but also taking photos and videos from the sidelines. It made me feel weird and self-conscious at first, but after a few weeks of it, if I noticed it, I would always try to make a stupid face for them.

One thing I kept hearing repeatedly is, “You have big body, but you actually have good technique.”

In China, body weight is very important culturally. If I’m being honest, fat people like myself are generally seen as lazy, unskilled, and unmotivated. The beauty standard here focuses on being small, thin, fair, and weak. Being strong is seen as plebeian and is associated with hard physical labor and poverty.

With those things in mind, it’s easy to understand why I would have been seen as a bit of a rarity on the mats; I was big, but I also moved very well and worked very hard.

One thing that was definitely the same in China is that, once rolls were over, we all shook hands, hugged, laughed, and talked about jiu-jitsu. We would line up, bow out, and keep talking on the sidelines afterward. Even though I do not speak any Chinese, grappling would still bring me together with perfect strangers as a friend. Our vast cultural and language differences would just sort of melt away.

There’s something universal and almost spiritual about the bond that can be formed through this sport. There may be a number of things that are different in China, but jiu-jitsu gives friends and family wherever it is available. I’m happy to have fallen in with another great group of people during my time abroad. 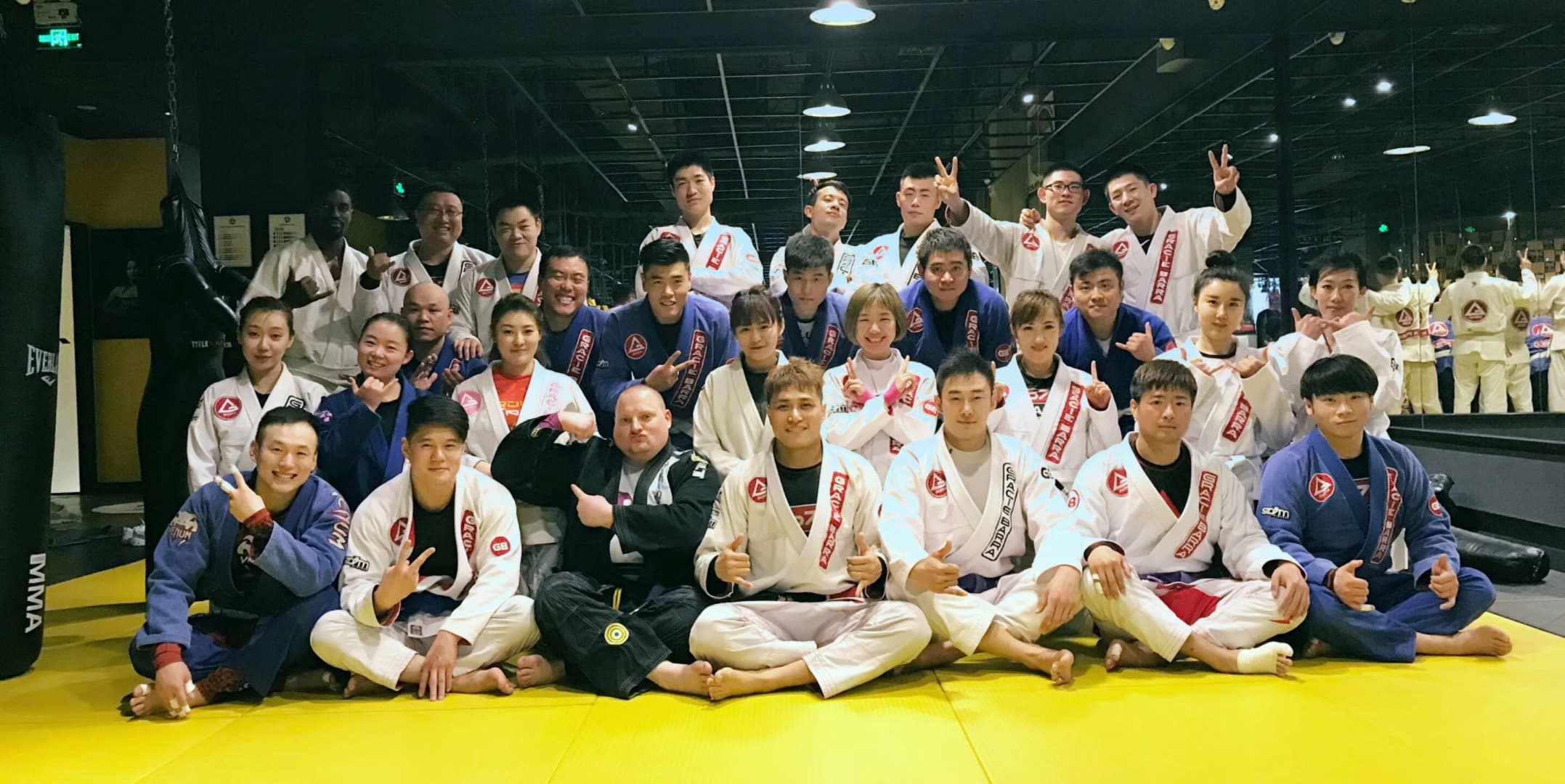