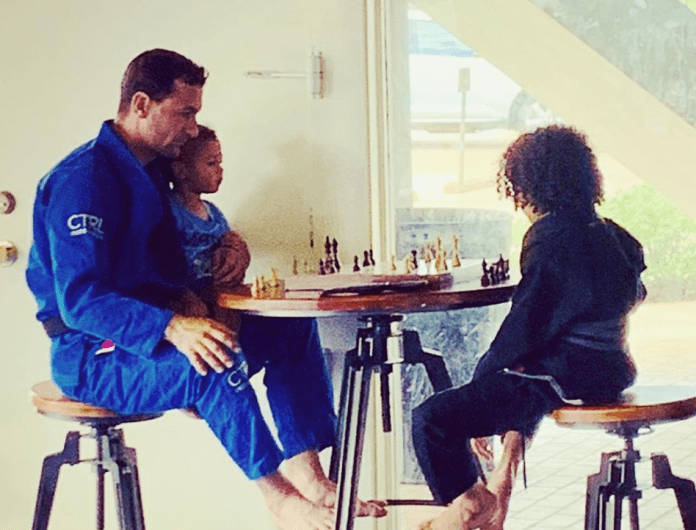 Last week the jiu-jitsu community experienced a number of losses, including the tragic deaths of para-BJJ pioneer Ronald Mann and the shocking murder of a single father helping break up a domestic dispute. The latter thankfully pulled on our collective compassion enough to help raise thousands of dollars for the two young daughters of the deceased, but it also pulled in something unbelievably childish…though not shocking, because the internet is a dumpster fire.

Specifically, the post attracted a number of middle and high belts in the JJT Facebook comments section using the murder of David Baker to pontificate about how much better they would have handled the situation, to criticize the dead father of two young children, and to bicker like feral cats over who was the juiciest jiujiteiro. This led to a number of black belts, including our own Kevin Gallagher, asking: “What the Hell is wrong with people?” And also: Is the grappling community at large failing to teach that character and conduct outside of the gym are as essential to high belt success as mastering worm guard or collecting golds?

In the days after that basic online display of mental unwellness, double black belt Marcus Dempsey, devoted martial artist, coach, and father, wrote a hell of a reflection on what, to him anyway, is the difference between being a high level brown belt and an actual black belt. And, perhaps unsurprisingly, “flying triangles” and “winning all the things” aren’t anywhere on the list. Here, Dempsey breaks down what he sees as the fundamental differences between the longtime practitioners and those who have achieved their rank by mastering themselves.

What is a black belt beyond a person who has attained a high level of competency in jiu-jitsu? A teacher? A mentor? A mat assassin that strikes fear into the hearts of lesser experienced practitioners?

A general Google search asking that question results in a litany of YouTube videos and blog posts, all of which invariably include lists of traits like tough, knowledgeable, technical, dedicated, precise, master of the basics. These convey the idea that all one needs to do to become a black belt in Brazilian Jiu-Jitsu is be able to demonstrate technical/conceptual knowledge by showing how many techniques they can perform, and the level of skill with which they can perform them. Fair enough, but incomplete.

Too seldom do we read or hear about the type of person that a black belt should be.

It is said that a while ago there were certain criteria one had to meet in order to receive the coveted rank of black belt from grandmasters Helio and Carlos Gracie, including an evaluation of character. Honor, integrity, respect, and so forth were requirements of promotion. Rarely in contemporary jiu-jitsu are these types of character traits still widely discussed.

As someone who has made made the journey to black belt and instructor, and sees the results when promotions do not include a character assessment, here are the character traits that I personally feel a person looking to attain the rank of black belt in any art, including but not limited to jiujitsu, should strive to possess:

I truly believe that someone who is going to represent the art I love, and who will continue to spread this art for future generations, should absolutely master these important character traits and impress upon the future generations their individual importance. But then again, what do I know–after all, I’m not better than anyone else, and no one is better than me. Happy training.

Marcus Dempsey is one of the instructors at New Orleans Brazilian Jiu-Jitsu. He is a black belt under Professors Matthias Meister and Marco Macera of NOLA BJJ. Follow him on Instagram: @marcus_dempsey.