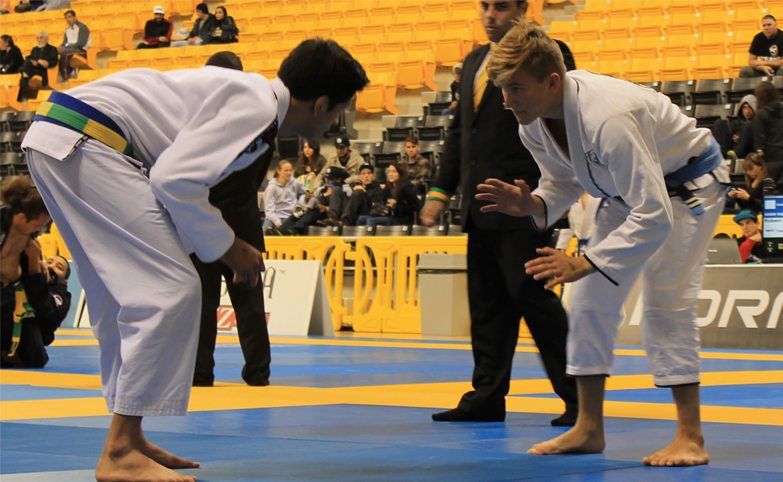 Sandbagging is a term used to describe a form of deception practiced by those in a position to take advantage of pieces of missing information, and certain materials available that conceal the true nature of a thing –a term that is most likely derived from -and a term that originates from -the act of concealing a weapon (in this case, a lump of sand) within a bag, sack, sock, or piece of cloth. In this latter instance, the weapon is disguised as something else, in spite of the fact that it still functions as a dangerous weapon.

But how does this apply to BJJ? In Brazilian Jiu-Jitsu, like any other martial art, a fighter’s level is identifiable as a result of a strict color-coded belt system — the wearing of a white belt marks beginner, while the wearing of a black belt marks an expert. All other colors are lodged between black and white, and move upwards progressively. This system is also the basis used to determine which fighters are matched up with which fighters; a strict tradition which ensures that everybody has a fair shot of winning. Can you imagine watching a black belt face up against a white belt? This system is how everything is kept fair.

Of course, some BJJ schools just want to win, and in this case, they will sandbag the opposition by listing specific fighters under inappropriate categories. Thus, the fighter competes at a level which is not suited to his ability. Which automatically means he has a greater shot of winning; an act that is not just unfair, but also dangerous.

This term is applied to all sports and games, but is more acceptable in some games than in others. For instance, in poker, sandbagging shows its face as bluffing –that is, pretending you have a better hand than you really do. In this case, sandbagging is part of the game; it is expected. In all forms of martial arts, including BJJ, it is unacceptable, and as frowned upon as any other form of cheating — from gouging the eyes, to hitting below the waist in boxing.

It can also apply in other cases. It does not need to be in the form of a black-belt fighter fighting in say, the brown belt category or so on. If a black belt in Judo decides to start BJJ, and hasn’t had any training, technically he would be considered a white belt. But of course, it would be unfair, given his extensive experience in martial arts, to put him up against a complete beginner with no prior experience in any martial art whatsoever. This is another type of what is commonly referred to as sandbagging in BJJ.