After months of rumors about the reasons for the infamous Danaher Death Squad split, Nicky Rodriguez has shared some slightly cryptic insight as to why he, Craig Jones, and the rest of the B-Team have branched off to start a journey of their own.

Speaking on the Jason Chambers Podcast, Rodriguez shared the story of his introduction and rise in jiu-jitsu before the conversation shifted to the DDS split.

Rodriguez told Chambers, “There were some issues within the team. Certain people had certain issues with… really one person. And, you know, I think of any… you know… you gotta cut the poison out. Whatever’s hurting the team or hurting the majority of the people, you kinda have to eliminate that and focus on competition. So, you know, at B-Team, we’re focused on getting better, and that’s about all we’re focused on.”

Rodriguez also said that he wouldn’t be training with Ryan for the upcoming ADCC World Championship, adding that it’s more likely that they’d be competing against each other at the competition. However, this didn’t appear to be daunting for Rodriguez — instead, he noted that his goal was to be the best grappler in the world, and of course, it’s only logical that this could mean facing off against his former teammate one day.

When asked about how the B-Team would come together to become the more dominant team, Rodriguez said that “The learning was done, majority, amongst the peers… John played a big factor in teaching us and helping us out initially, bringing us together more than anything, but essentially, the whole B-Team is essentially the same team without Gordon and John, pretty much… and to be honest, we’ve always been the ones to help each other out.” He says he believes “the progress is gonna be the same” and that before long, the B-Team will be “the number-one team in the world.”

You can watch the full interview below: 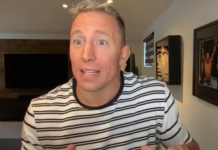 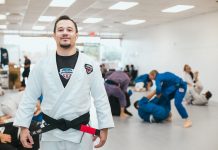 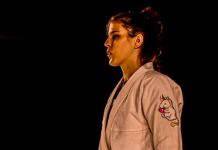 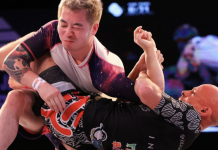