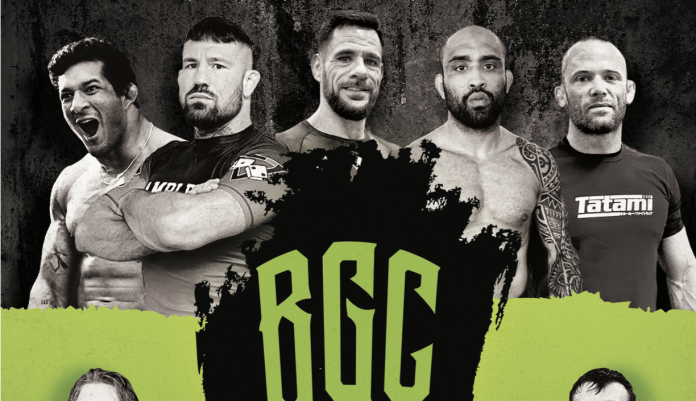 The inaugural Raw Grappling Championship event is debuting in London’s iconic O2 Indigo Arena with a host of world-class submission grappling talent. The event will be broadcast live on FloGrappling and tickets are available online at:LINK HERE

The Raw Grappling Championship’s main event features an eight-man bracket with some of the most exciting and accomplished competitors in submission grappling, with multiple ADCC medallists and No-Gi World champions facing off. It will also include a superlight between two elite competitors: a World Champion in both No-Gi and Mixed Martial Arts, Rafael Lovato Jr, is taking on one of the top grapplers in Europe, Poland’s Adam Wardzinski.

With the quality and caliber of Brazilian Jiu-Jitsu athletes on display, the event will make history as one of the most high-profile grappling events to take place on UK shores

Lucas ‘Hulk’ Barbosa has become one of the most prominent competitors in submission grappling, winning virtually every major honor in the sport, and will be considered amongst the favorites to win a gold medal at ADCC next year. A standout athlete from San Diego’s world-famous Atos Jiu-Jitsu, ‘Hulk’ will be hoping to build on a stellar 2021 competition year which has included wins over names such as Leandro Lo, Matheus Diniz, and fellow Raw Grappling Championship contender, Yuri Simões.

Another representative of Atos Jiu-Jitsu, Josh Hinger is an ADCC medallist and multiple-time world champion. He has been competing successfully in both Gi and No-Gi events against world-class competition since achieving his blackbelt in 2013. Hinger employs a powerful wrestling and passing approach, with his most threatening attacks coming from positions in which he can apply his famed guillotine variations as well as more creative submission attacks, such as the Gogoplata or Monoplata.

Aaron ‘Tex’ Johnson has become one of the strongest competitors in submission grappling’s heavier weight categories, with victories over superstar names including Felipe Pena and Gordon Ryan. ‘Tex’ has at times been a polarizing

figure in the sport but brings an aggressive and submission-hungry approach to the competition, making him a must-see contender. His recent victory over fellow Raw Championship Grappling contender, Lucas Barbosa, may mean that a highly anticipated rematch is on the cards.

A third-degree blackbelt, two-time ADCC gold medallist, and four-time World No-Gi gold medallist, Yuri Simões is amongst the most decorated competitors in submission grappling and has reached the pinnacle of the sport. Although now signed to MMA promotion One Championship, Simões has competed numerous times in 2021 and will be hoping to avenge a decision loss to Lucas Barbosa from earlier this year.

A long-term black belt competitor, Bradley Hill’s reputation amongst UK fans has skyrocketed in recent years after delivering unmissable performances across major international grappling promotions. Fans of Hill have come to expect an innovative guard game, modern transitions to the back, and specialist Omoplata submissions, but more recent competitions have demonstrated a rapidly evolving wrestling skillset. Hill will be considered amongst the UK’s strongest competitors and has an excellent opportunity to spring an upset against the more established international competitors.

Representing Gracie Barra as head coach of gyms in Sutton Coldfield and Solihull, Thomas Bracher has been a notable competitor on the UK grappling scene for a number of years, becoming a European No-Gi Champion, three-time IBJJF World Champion Medallist, and three-time British Open Champion. Bracher said in an interview with RGC: “There are some guys on there that I want to be fighting. You can battle test, you can train all day, you can train with the best in the world, but when the bright lights are on you… that’s when I kick in”.

Undefeated professional fighter Steven Hill is one of the brightest prospects in British Mixed Martial Arts with a 4-0 pro record & multiple submission finishes. Hill’s grappling skills extend beyond MMA, however, demonstrated by an active competition record and success in super fights such as The Grapple Club invitational. Representing Novo BJJ under Professor Alex Salisbury in Hastings, East Sussex, Hill will look to utilize an aggressive wrestling style and varied attacking game. He told RGC to expect “pressure, heavy wrestling, heavy clubs. Scramble city. Leglocks. I’ll be jumping on everything. I thrive on pressure. My prediction is… people will remember my name”.

IBJJF World No-Gi champion and head coach of The Combat Institute, Taylor Pearman stepped up to blackbelt competition in 2020 and has already represented the UK in elite international competition. Pearman’s No-Gi grappling style relies on a high-octane pace to pressure and tire his opponents. “I can beat anyone on my day. I know that. I’ve proven that before. I’m just going to go in there and try to finish them all,” Pearman told Raw Grappling Championship’s Youtube channel.

After relinquishing his Bellator World Championship belt in 2019, undefeated Middleweight and three-time No-Gi World Champion Lovato has returned to his martial arts roots as an active competitor in submission grappling. Lovato’s list of accomplishments in the sport is exhaustive and he first competed in the UK over a decade ago, placing fourth at ADCC Nottingham in 2011 and subsequently returning for grappling super fights and MMA events.

Adam Wardzinski has been on the frontier of emerging European talent for a number of years as one of the continent’s strongest international competitors. He is most recognized for developing a highly effective butterfly guard system which he has utilized to great success against some of the best competition in the world. He will be looking to continue his stellar 2021 competition year with a victory over one of the most universally respected names in the sport.

Sharing a stage with some of the best competitors in the sport, the undercard will feature two No-Gi tournament brackets for up-and-coming European talent, one each for purple belt and blue belt competitors. The full card listing can be seen below.