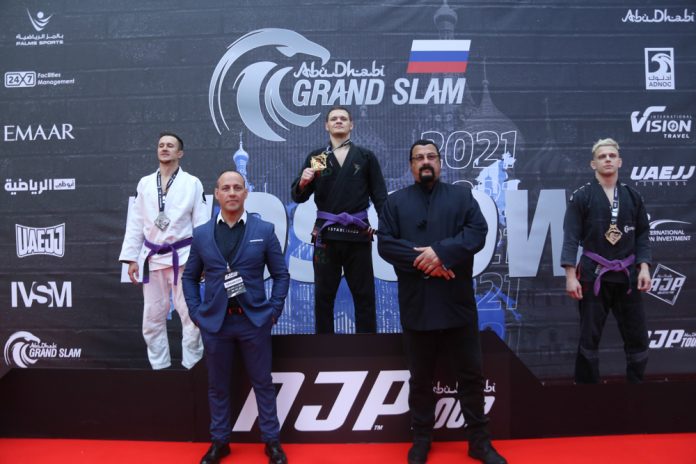 The last time the Abu Dhabi Grand Slam Tour landed in Russia, the temperature outside was -16oC. On this Sunday, September 12, 2021, things were much hotter both in and out of the Sambo 70 venue. The second stop in the 2021/2022 ADGS season delivered all the thrills fans were hoping for and more.

The ADGS Moscow had the fortune of welcoming Hollywood and Martial Arts Superstar Steven Seagal. From the stands, Mr. Seagal watched attentively the matches and surely approved the level of competition.

Another very important presence was the United Arab Emirates Ambassador to Russia. His Excellency Omar Saif Saeed Ghobash kindly presented athletes with their medals in a special ceremony.

On the mats, purple belts, brown belts, and especially black belts put on a show that lasted more than seven hours. Here are the highlights of the event, as well as the champions in each weight class of the Professional Division.

Light-Featherweight (56kg) – In two matches, Francisco Jonas Andrade returned to the top of the weight class after the silver medal in Miami. He first beat Rodnei Junior 4-3 in the semifinals. The gold medal match was against newcomer Yuri Hendrex. A 8-3 lead was enough for Jonas to secure the title.

Featherweight (62kg) – We have a back-to-back champion. After shocking the opposition in Miami, Diogo Reis proved he is the real deal in Russia. First, he beat Cleber Fernandes by walkover. In the final, a fierce battle against tough rival Hiago George. The 5-3 lead that secured the gold medal was built with tons of effort from the champion.

Lightweight (69kg) – What a tough road for Pablo Mantovani in his way to the gold medal. He debuted with a 5-0 win over Abubakar Khadaev and then waged war against Raul Basilio, wining only by scoring last in a 4-4 tie. The gold medal match was another battle against Leonardo Saggioro. Dutra brilliantly worked his way to a 5-3 lead for the title.

Welterweight (77kg) – Two matches and two submissions to secure the gold medal. That’s how Luiz Paulo Medeiros rolled in Russia. He first got the tap against Arslan Gadzhiev. The final commitment was against Magomed Ansarov, when an armbar was the weapon of choice to end the match.

Middleweight (85kg) – Julio Junior is yet another new face that had a stellar performance in Russia. He fought twice on his way to the gold medal. Junior first caught Rostislav Berezovchuk with an armbar in the semifinal. The gold medal match was much closer, as André Cantanhede also had all the credentials to win. A 2-0 lead gave Junior the gold medal.

Light-Heavyweight (94kg) – All the cheers to the home champion. Russia’s Arsen Shapiev had the crowd on their feet with a perfect campaign for the gold medal. Shapiev debuted with a 3-1 win over Artem Ushakov. The semifinal was against Abdulbari Guseinov and a 4-4 tie was settled in favor of Arsen for scoring last. The final was a hair-raising affair as Shapiev found a leg lock to finish Catriel Rodrigues.

Super-Heavyweight (120kg) – Hard work pays off. Roosevelt Sousa worked hard on his way to the gold medal. He finished Walter dos Santos and then beat Matheus Xavier 3-0 to claim the title.

Lightweight (62kg) – Two matches and a gold medal. Sayuri Toledo first beat Liisi Vaht for scoring last in a 1-1 tie. The final match was against Russian Oksana Bench and a 2-1 lead meant the title.

Heavyweight (95kg) – Yara Nascimento is in a row. She finished Russian Yulia Poznyakova twice to claim her second gold medal of the season. Unstoppable.

Male Professional Purple Belt – Russia brought its A-Team and collected seven out of nine gold medals. Brazil and the UAE, both major forces in the Jiu-Jitsu universe, we’re able to collect one gold each. 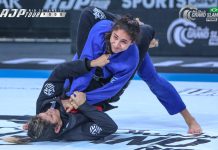 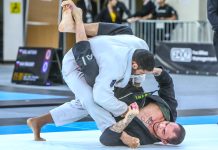 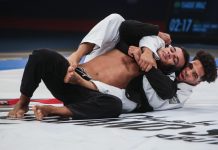 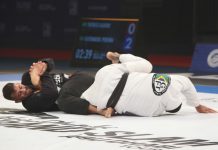 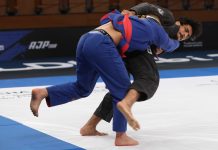 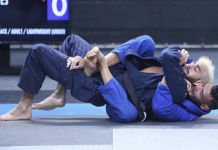 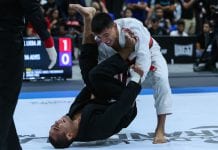 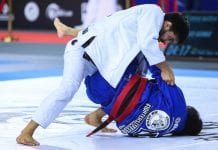 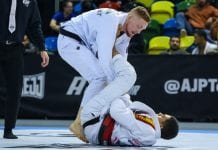 Abu Dhabi Grand Slam Tour: A Look Into The Numbers Of A Year Of Thrills In The 2019/2020 Season 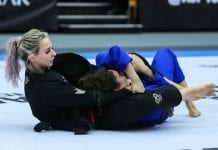 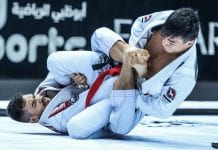 Abu Dhabi Grand Slam Tour: The Black Belt Matches That Could Rock The Ground In London Next Weekend 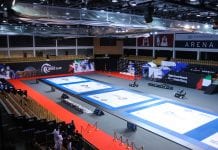