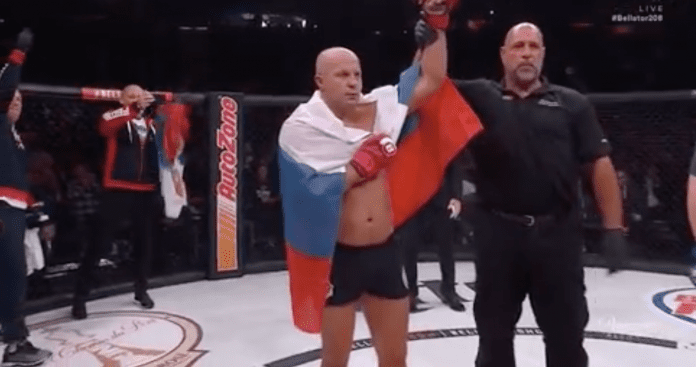 Ladies and gentlemen, Fedor Emelianenko is still a force to be reckoned with, and he is on his way to becoming the next Bellator Heavyweight Champion. 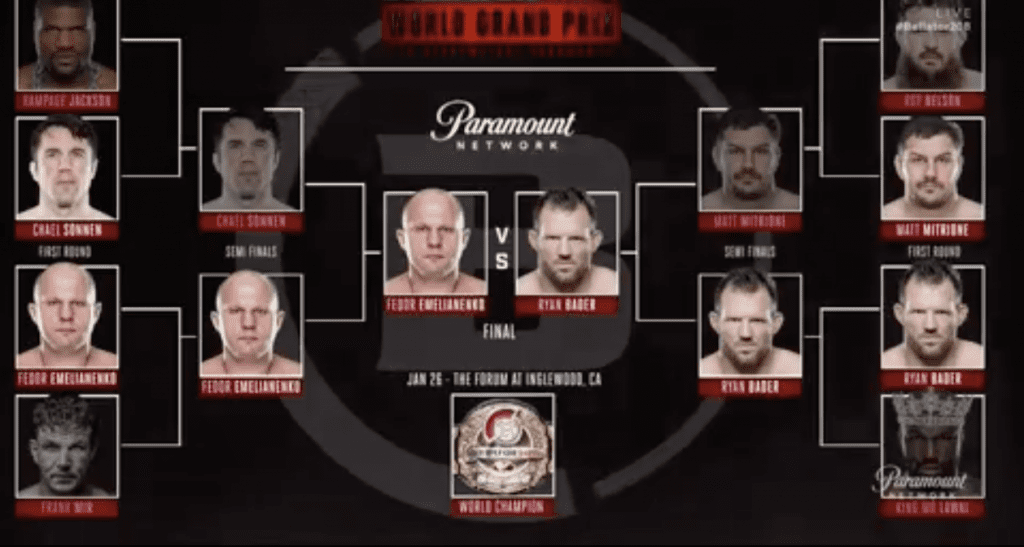 Fedor took on the legendary “American Gangster” Chael Sonnen in the semi-finals of Bellator’s Heavyweight Grand Prix, and “The Last Emperor” made short work out of the former UFC Middleweight and Light Heavyweight title contender, dominating him with some good, ol’ fashioned GnP.

Chael took the center of the cage early, but was dropped almost as quickly by a huge punch from Fedor. Sonnen looked like he wanted to stay down for some grappling, but The Last Emperor wasn’t interested.

Yet again, Chael went down, but this time Fedor went down with him. The Russian stayed down in half guard, but the fight shortly went back to the feet.

Chael charged at Fedor, but The Last Emperor threw him to the ground.

The fight went to the ground again, and Fedor landed some hard shots before moving to side control.

The fight went to standing again and finally slowed down a bit. Sonnen landed a huge double leg takedown and Fedor held on, preventing Chael from doing any damage.

Fedor rolled Sonnen over, and now Sonnen tried to hold on, but he couldn’t keep the Russian down.

The fight went back up to standing and back to the ground almost as quickly. Chael lay on the bottom as Fedor pounded away, forcing the referee to stop the fight as Sonnen covered up in a fetal position.

Could Fedor Emelianenko add the title of Bellator Heavyweight Champion to his already impressive list of credentials? Fans will have to wait until January to find out.