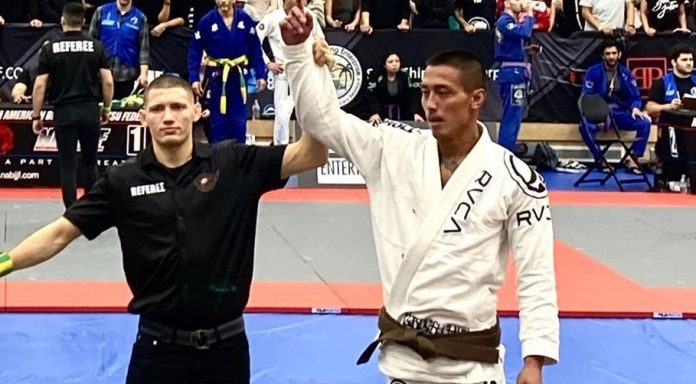 The Jiu-Jitsu community lost a brother this week when Seanna Widjaja, 30, was stabbed and killed outside of a 7-Eleven in the Koreatown district of Los Angeles, California while attempting to break up a fight.

Born in Surabaya East Java, Indonesia, Widjaja was a brown belt in jiu-jitsu and a former team Captain of his high school’s wrestling program. Widjaja earned a bachelor’s degree in anthropology from the University of California in Santa Barbara in 2014. He also received his PADI Open Water Diving Certification that same year.

Police say that Widjaja was attempting to break up a fight and there are reports that the altercation involved a friend that he was with. The suspects stabbed Widjaja and assaulted his friend before fleeing in a vehicle that was later identified and tracked to an address in Echo Park. LAPD arrested Jose Garibay, Josue Alegria, and Damian Dehorney, all age 26, in connection with the murder.