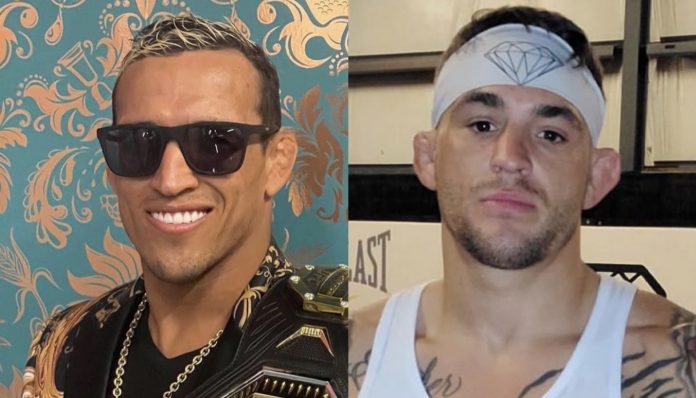 A lightweight title fight between champion Charles Oliveira and challenger Dustin Poirier has been scheduled for UFC 269 on December 11, according to a report from MMA Fighting.

While no contract has yet been signed and the UFC has not yet officially announced the fight, verbal agreements are reportedly in place for the bout.

Oliveira, a third-degree BJJ black belt, is currently on a nine-fight winning streak, with recent wins that include a submission against Kevin Lee and an impressive decision win over Tony Ferguson. He most recently claimed the lightweight title — vacated by retired undefeated champion Khabib Nurmagomedov — against Michael Chandler in the second round.

Poirier solidified his worth as a title contender following his second consecutive victory over Conor McGregor at UFC 264. Poirier finished both their first fight and their rematch. Including his win over Dan Hooker in June 2020, Poirier is on a three-fight winning streak, last losing to Nurmagomedov in 2019.