Claudia do Val stirred up admiration and controversy over the weekend when she scored 91 points against Maybelline Masuda at the Manila Open. The picture of the scoreboard inspired the typical mix of reactions, with some people praising Do Val (who is a #1-ranked IBJJF athlete) and some decrying her supposed “lack of sportsmanship.” Others either praised her opponent for surviving so long against a world-class athlete or claimed that she wasn’t a “real” black belt.

As it usually does, the full story painted a more complex picture: The athletes were the only two in the entire women’s black belt division.
Do Val signed up for the super heavyweight division so she didn’t have to worry about making weight as she competed between reffing matches, and she focused on using technique instead of muscling her way into a submission. Masuda has been a black belt for under a year and gave up over 40 lbs to compete against Do Val and earn points for her team. Both competitors were prepared to make sacrifices to compete in a division that’s notoriously sparse, but regardless of what the scoreboard said, many people in jiu-jitsu’s corner of the internet had decided that neither of them could win.

Unless they live in an area with a big BJJ scene, many (if not most) women in competitive jiu-jitsu have faced a similar dilemma to Do Val and Masuda at some point. Even at the white and blue belt level, competitors are frequently forced to move up one or more divisions in weight, experience, or both if they want the chance to compete. Smaller athletes work hard to cut weight only to show up to the event and be told that they’ll be going up against someone 30 lbs heavier than them. Less experienced competitors get tossed into a division full of upper belts and leave the event still unsure of how they compare against athletes of their own experience level. Although the experience disparity wasn’t reflected in Do Val and Masuda’s belt color in this case, one has to wonder if Masuda would’ve received the same insults if she’d had the chance to compete against someone who wasn’t a world-class grappler before facing Do Val.

The competitors who have the “upper hand” in these situations often feel like they’re in a lose-lose scenario. If they submit their opponent quickly or rack up a crazy number of points, they’re “showing off” or “muscling their way into a win” or deserving of comments like, “Well, of course you won. She was tiny.” If they take a while to get the submission, don’t score as many points as expected, or lose, their rank or skill level gets called into question.

These mismatches can and do happen in both male and female divisions, and when you sign up for the open weight division, you’re literally asking to go up against competitors who aren’t built like you. But many women in jiu-jitsu (myself included) can count on their fingers the number of times they’ve had the opportunity to compete against someone whose weight class and experience level both mirrored their own. If we want to compete, this is our reality, not our choice.

As big of a struggle as this is in the female competitive jiu-jitsu scene, it has also created a beautiful dynamic. While many high-level male competitors talk smack to each other on social media, entire movements have been created to help female competitors find someone, anyone to compete against in their own division. The T.A.P. campaign led to the addition of female master divisions in the IBJJF, ensuring that master women would be able to compete against other women in their own age bracket. Ironically, the large divisions between our weight and experience divisions have created more unity between women on the mats.

Personally, Do Val and Masuda’s story inspired me on so many levels. It is so freaking cool that the first (and possibly only) Filipina black belt could have ended up with an empty division, but instead got the chance to go up against one of the top competitors in the world. It is so freaking cool that we got to see why Do Val is such a decorated athlete — that she can score nearly 100 points in a ten-minute match against another black belt while staying disciplined enough to refuse to rely on her size advantage.

As jiu-jitsu continues to grow on the international scale and amongst women, so will the sizes of female divisions around the world. For now, though, we would do well to celebrate rather than bemoan experiences like the one shared between one of the most successful women in BJJ and a Filipina jiu-jitsu pioneer. Both of these women could’ve chosen to take the easy way out and walk home with default gold medals, but instead they chose to make the most out of a unique situation and showcase their best effort.

It is a damn shame that the comments about this situation have left both Do Val and Masuda feeling like they have to explain or defend themselves. Both competitors deserve to celebrate this experience for what it meant to them and what it represented. Masuda has been gracious in defeat, and Do Val has been, as always, humble in victory. While Do Val’s point-heavy win may suggest that the IBJJF should consider implementing a “tech-fall” rule like wrestling has, the spirit behind this match says a lot more about both competitors than the scoreboard ever could. 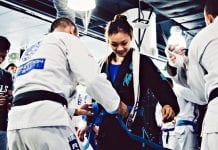 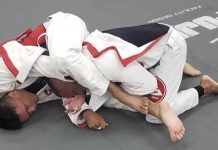 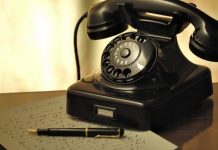 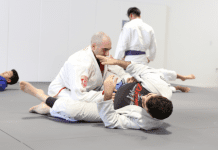 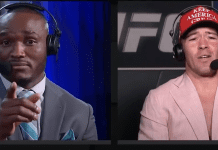 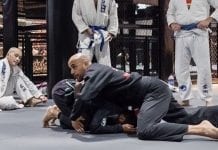 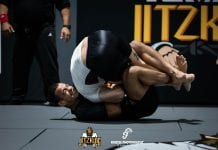 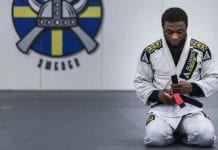 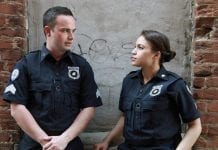