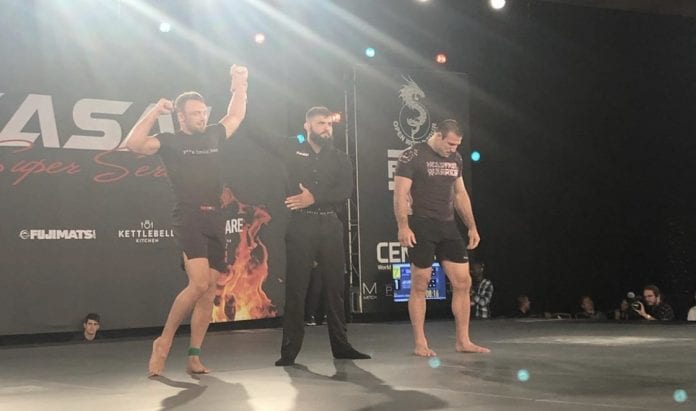 Tex Johnson said one of them would leave the match with a limp–actually, what he said was “don’t let me break your s***”– but it was Craig Jones that got the win at Kasai Grappling’s most recent fight night on July 4. The Aussie beat the Yankee by RNC.

Johnson made his game plan so well known that Jones, a world class leg locker, skipped leg entanglements altogether and dove into kimura attacks, working to expose the back and get the neck. A tactic which obviously worked.