Alliance black belt Gabi Garcia has long reigned as a champion among champions. Her retirement from the IBJJF competition – which she announced this weekend at Worlds, no less – will no doubt shake up the women’s jiu-jitsu scene, which Garcia has dominated for years, ruling the absolute weight divisions in particular as a final boss against whom true greatness is tested. In the aftermath of her retirement announcement, the Jiu-Jitsu Times chatted with Garcia regarding her career thus far – and what’s next.

The following interview has been edited for length, grammar, and clarity.

Jiu-Jitsu Times: You announced this weekend during IBJJF Worlds 2021 that you’ll be retiring from IBJJF competition, but will continue to compete at ADCC and in MMA. Why this shift in focus?

Gabi Garcia: Yeah, every year, I try to compete at Worlds. I’d compete this year, maybe next year, and after six years, you know, new generations and everything [have changed] my life. And I realized that if I push for one or two more years, I can compete at the highest level. Everything has changed in my life. I think my jiu-jitsu is a hundred percent better.

After Japan closed the borders, and they pushed my fight again, I called Fábio and asked what he thought about me competing in Worlds, and he said “let’s go, Gabi, let’s go there, you know the way, let’s try.” Fábio always pushes me. He’s always very confident in me. My cardio is good. I train MMA every day, no-gi every day – well not every day, but maybe three days a week, and gi almost every day […] I always compete for myself, for me, never to make other people happy. I compete because I love jiu-jitsu, because I love my job, and I love competing in Worlds. It’s a different feeling.

But I know the way to be a champion, and right now I have my business [and] new projects coming up […] and I need to focus on my students at my school. There are so many things in my life, and I can’t be good at everything, but I always want to give a hundred percent [in what I do]. I have so many gold medals. There are people who talk **** about me, who don’t believe [in me], but I want to show those people who Gabi Garcia is. No one will remember them, but history will remember Gabi. I definitely want to show people that jiu-jitsu is a job – that we make money with jiu-jitsu, that I make a lot of money with jiu-jitsu. I opened my own school, am opening a second school right now, have my own brand. I have so many things in my life, and all of it is because of jiu-jitsu. Everything I have is because jiu-jitsu gave me this opportunity, and I need to show people that it doesn’t matter if you’re a girl or a guy – it’s possible.

I’m super happy, and thankful to the IBJJF, the Gracie family, and my [jiu-jitsu] lineage for everything. Everything I have right now comes from the gi. I love competing in the gi. I was crying like a baby because I love competing at Worlds, and I love competing for the IBJJF. It’s done there, but it’s not just that I’m focusing on no-gi. It’s not that. There’s a lot of challenges in my life – these past two years, I’ve had depression, I’ve had a lot of personal problems […] and I decided that what makes me happy is to compete. Two weeks ago, I felt almost free of all these problems in my life, and was like, “let’s go, Gabi.”

I want to compete. I want to thank everyone who believes in my career. But right now, I have time to prepare for the ADCC – to rest and eat […] I have new projects, and so many things, but ADCC is my priority. It’s sad, but I need to make the championship now and keep my legacy alive.

JJT: It sounds like you’re hanging up your gi to focus exclusively on no-gi. What kind of changes might this necessitate in your training and strategy?

Garcia: Before, I thought no-gi would be better for me, because the [other] girls can’t hold me, and keep the score at zero-zero. I started training more in no-gi, but I love competing with the gi. I train with the gi every single day. But the training for ADCC is different. It’s brutal. It hurts. […] We train like six hours, and with Marcelo Garcia, with Cobrinha, we train a lot. We hurt a lot […] We need the technique, we need cardio, we need to be in shape. If you start right now, you’d be overtraining by the time ADCC comes. It’s brutal.

Right now, I need rest. I have a lot of injuries, and I need to enjoy [time with] my mom, who’s going to be visiting me here. I have my school, my business, I have other priorities right now. I’m sad for my retirement, but [was] so happy to see everybody stand up [for me]. It’s unbelievable, what happened [when I announced my retirement]. I don’t know how many thousands of messages I received. It’s priceless. I’ve been working toward this day, and I’m super happy. I can’t answer all the messages, but I wanted to say thank you to the whole jiu-jitsu community. I never expected so many messages from my idols. I competed for seventeen years – that’s three or four generations [of competitors] – and I’m so happy, I’m crying. People hated me before, and now I’m receiving so much love. It’s priceless.

For ADCC, everything is different. We need to take care [of ourselves]. It’s not just conditioning, not just going to the gym and training in no-gi. It’s six hours nonstop. We just change clothes and keep training. It hurts a lot. For me, this next year will be different. I need to make history. Everything is okay because the girls think I’m done, but they don’t know what’s happened in my life. I’m glad they think this way. I’m not the same anymore. [Garcia chuckles.]

JJT: Throughout your IBJJF career, you’ve famously matched up against some of the greatest female grapplers in the BJJ world. Which opponents gave you the biggest challenges, and what do you think made them so tough?

Garcia: A hundred percent, Bia Mesquita. We have different sizes, of course, but she’s always at the top with me. […] Right now in the new generation, I think Yara [Soares] is the hardest one. She’s good, and she’s tall, and I’m a big fan of her career. She’s of course one of the girls who beat me […] but she’s super respectful. She’s the one that I hope will be a champion, and keep the legacy going. The legacy, the way I see it, is that people look for the girls because you need to be humble, you know? This new generation has no respect, but I think Yara is good, she’s doing her job, and that’s my opinion. She’s the toughest one right now.

JJT: You’ve conquered multiple world titles in jiu-jitsu. Of all your accomplishments so far, what are you most proud of – and what are you still hoping to achieve in the combat sports world? What do you hope the “Gabi Garcia legacy” will be?

Garcia: My dream was to be a world champion one day, and I’ve won eight professional world championships. I have won so many titles so many times […] and I think people only focused on me because, for ten years, no one scored points on me. […] One day, Nathiely [de Jesus] asked me why I keep competing, what motivates me when most people only dream of winning one ADCC championship. The answer is that I motivate myself. I challenge myself. I break records. I’m not scared of losing one match. People think I’ll die if I lose one match, but no, this happens. I know when I lose. I lost against Yara. She was better than me in the match.

I need one more ADCC. And I need to make my students champions – world champions. I need to keep the Alliance lineage alive.

JJT: We recently saw you play a minor – but very fun! – the villain in Halle Berry’s gritty MMA movie “Bruised.” What was working in Hollywood like, and can we expect to see more film or TV roles from you in the future?

Garcia:  It was wonderful for me, working with Halle Berry. She’s so nice, and she’s so humble. I’ve learned a lot with her, like how to be a professional. She’s more than fifty years old, she broke her ribs, she did all these scenes from 4 AM to 11 PM, like twenty-four hours, and she was super professional. She’s so sweet. It’s a pleasure for me, working with her, and this movie opened the door for other ones for me. I need to work on my English, but I’ve received other opportunities, and a hundred percent, you’ll see me in two more movies I have coming up. […] I never thought about movies, or being in front of a camera, but this opened a lot of doors for me.

JJT: Finally, the question that I’m sure everyone wants to know the answer to: do you think we’ll ever see you face off against Craig Jones, as previously suggested? If you did, what kind of strategy would you seek to employ against him?

Garcia: It’s hard to answer, you know because it’s like one fight inside my mind. When I fight MMA, people want entertainment, and now they want this. […] I don’t know if this is good for me or not, but we have offers, and if they pay me well, then yes.

I can’t say I’ll make Craig Jones tap, because I know the reality of a guy against a girl. He’s very technical, but a hundred percent, I’m gonna put a little bit of pressure on him. I’ll have to [watch out for] leg locks because of my ligament. […] I’m a girl, you know, and I have pressure on my shoulders, and if he lost this match, if anything, I’d ask for his retirement from no-gi, because it’s the only thing he does. I never see him in the gi. The difference is that I’m good in both. I’m the best in the world in gi and no-gi. If he retires from no-gi, I don’t know what he’d do in life. When I retire from the gi, I have no-gi, but for him, there are no other options. [Garcia chuckles.]

I want to thank [the Jiu-Jitsu Times] for giving me this opportunity. I just need to say to my fans: thank you so much for your support, for all the messages. You guys make me cry, it’s so much love. History is not about medals. History is about a girl who never gives up. The girl everyone throws stones at,  but never gives up. I just need to send this message to people. Working hard doesn’t matter if you’re a girl or a guy. Work hard, be honest, and everything will work out for you. Don’t give up. Show people your power.

I showed everyone after seventeen years who I am – who Gabi Garcia is. I never give up. People hated me, and now they stand up for me. I’m super, super, super proud of my career. Proud of my career, and proud of who I am. Everything has been made possible because of my master – thank you,  Fábio, I love you. Thank you, guys, I appreciate everything.

Learn more about Garcia’s ongoing career developments and upcoming events by following her on Instagram. 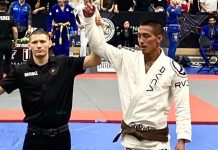 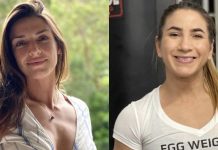 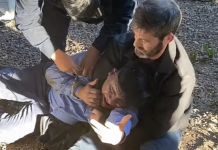 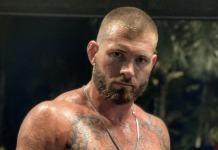 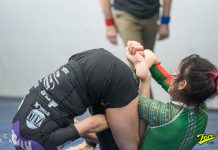 Toro Cup 19: Jiu-Jitsu For A Cause 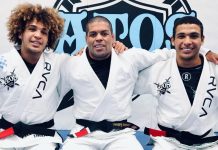 Tye & Kade Ruotolo Have Been Promoted To Jiu-Jitsu Black Belt 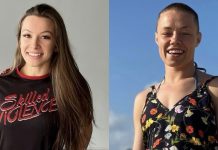