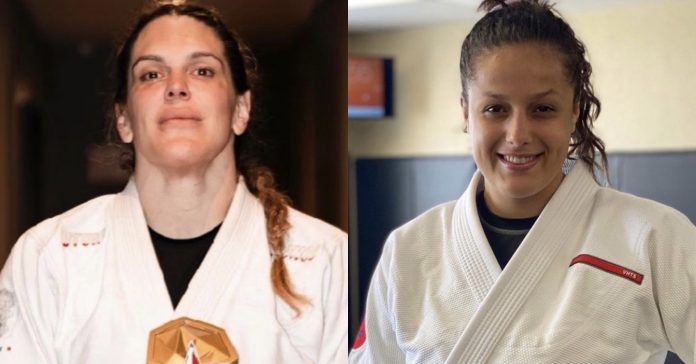 The next big match for the upcoming Who’s Number One card has been released, and we’ll be seeing a rematch between two of the top BJJ athletes in the world.

The promotion has announced that Gabi Garcia will be facing off against Nathiely de Jesus in a fifteen-minute no-gi match. Theirs is the third match announced for the February 26 event, which will see Nicky Ryan vs. Roberto Jimenez in the co-main event and Craig Jones vs. Ronaldo Junior in the main event.

This will be the third time that Garcia and de Jesus have met on the mats, though both previous times took place in the gi. Garcia defeated de Jesus in the finals of Pans in 2019, but de Jesus came back and recovered that win at F2W 121 that same year. The loss marked Garcia’s first since 2015, and she’s won all six of her matches since then.

One of those recent wins for Garcia took place at Who’s Number One last October, where she defeated Elisabeth Clay by decision. Since their last match, Garcia has also claimed yet another ADCC title, marking her history-making fourth gold medal at the prestigious tournament. She most recently defeated top-ranked IBJJF competitor Claudia do Val at BJJ Stars last November.

De Jesus has won a number of the biggest BJJ competitions on the globe, picking up multiple wins at Worlds in both gi and no-gi. She’s also won Pans, Euros, and American Nationals, and even amidst the chaos of 2020, she still took the opportunity to compete at 3rd Coast Grappling: Kumite 7, where she made it to the semifinals. As one of only five athletes to defeat Garcia at the black belt level, she’ll have everyone’s eyes on her as she tries to get a second win — this time in no-gi — over the dominant Garcia.

WNO will take place on Friday, February 26 and can be streamed live on FloGrappling.