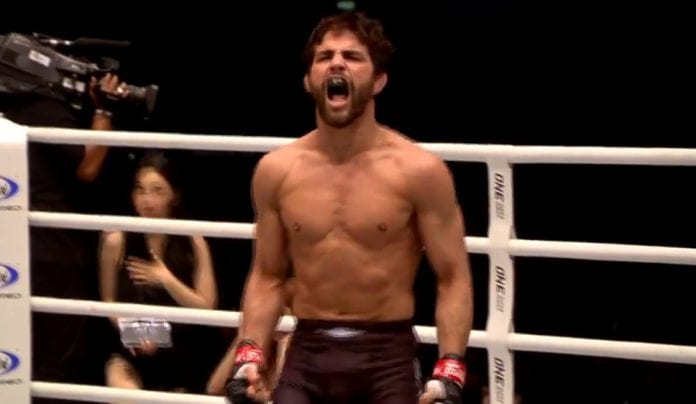 Garry Tonon’s next MMA opponent has been announced, and the winner of this fight could end up fighting for the ONE Championship featherweight title.

The South China Morning Post has revealed that the 5-0 Tonon will be going up against 12-4 Koyomi Matsushima on November 20 in Singapore. Matsushima most recently fought in February, where he took home a TKO win against Jae Woong Kim in the third round. Tonon has not only won all his fights so far, but finished them all, most recently getting a quick heel hook finish on Yoshiki Nakahara in May 2019.

Current featherweight champion Martin Nguyen will be defending his title against Thanh Le at the end of this month. However, the victor of the Tonon vs. Matsushima fight will likely get the next opportunity to try their hand at earning the belt.

Tonon had originally been scheduled to face Ruslan Emilbek — a matchup he teased fans with by asking them to guess who his 12-0 opponent might be. However, Tonon was told that Emilbek was ultimately unable to leave his home country of Kyrgyzstan to travel to Singapore due to COVID-19 restrictions.