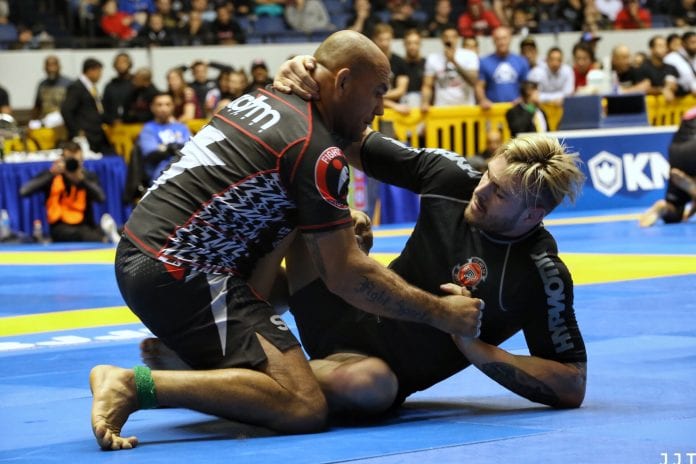 The much-anticipated IBJJF No-Gi Worlds face off between rivals Gordon Ryan and Roberto “Cyborg” Abreu has ended unexpectedly…or maybe as expected, depending on what you were anticipating.

Ryan was declared the winner of the Ultra Heavyweight Division after Cyborg was DQed for reportedly failing to engage and striking Ryan during their match.

“I just had my first CJJ match,” Ryan posted to social media after the bout.

Ryan initially pulled guard, ultimately scoring 2 points for position with Cyborg repeatedly disengaging and being penalized by refs. Toward the end of the match strikes landed. Cyborg was DQed with a total of four penalties on the board.

The rivalry between Ryan and BJJ statesman Cyborg began earlier this year on Instagram, when Ryan called out…um, basically every grappler everywhere. The post triggered a response about Ryan’s failure to respect his elders from Cyborg, which Ryan answered with a string of posts questioning the “respectful” mythology of jiu-jitsu and a side-by-side video comparison of Cyborg’s post-win ritual (chest pounding, tears) and his (casually walking off the mats).

Cyborg and Ryan did not shake hands after the match.