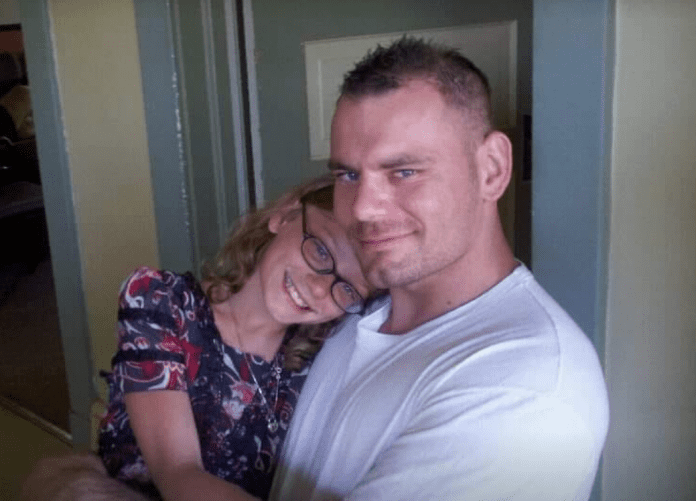 In a truly heartbreaking story, the grappling community is fundraising this week after a young single father lost his life trying to help someone else. David Baker, age 37, died on September 3 after being stabbed in Wyoming while breaking up a domestic dispute. His family, including two daughters under the age of 13 who train jiu-jitsu as well, and training partners are now seeking donations to assist with his unexpected burial fees.

Details are still emerging, but the Baker family told local news that David and a friend were hanging out when they heard screams for help coming from an escalating fight in the house next door. Baker and his companion rushed across the property line together to break up the altercation.

“He was always looking out for everybody else,” Joslin Goodrich, Baker’s niece, said.

Having stopped the original fight, Baker and his buddy were reportedly leaving the suspect’s yard to return home when an assailant stabbed both men. Baker’s wounds were fatal, and he was pronounced dead on the scene. His friend suffered “serious injuries,” but survived. Police have released very few details about the murder thus far, and declined to share the names of the “persons of interest” they are currently seeking. It does appear, however, that both Baker and his friend were responding to calls for help and working to disengage from the dispute, but were ultimately stabbed in the back for doing so.

On September 4, police shut down a neighborhood and surrounded the house where suspects were believed to be, but were not able to apprehend anyone at that time. The investigation is ongoing.

Baker is described by friends and family as a devoted and loving father who adored his two girls, Elizabeth and Haylee, and their dogs. An asphalt worker, he trained out of Black Lion BJJ. He was an advocate for women in martial arts, and had recently taken gold in a local Grappling Industries tournament. One of the last photos posted to the father’s timeline was this image of his youngest wearing her gi and visiting her dad at work:

Please consider donating to Baker’s GoFundMe by clicking here. Donations will cover his funeral expenses, with extra funds going to help his daughters during this traumatic time.

Our deepest condolences to Baker’s blood and fight families.