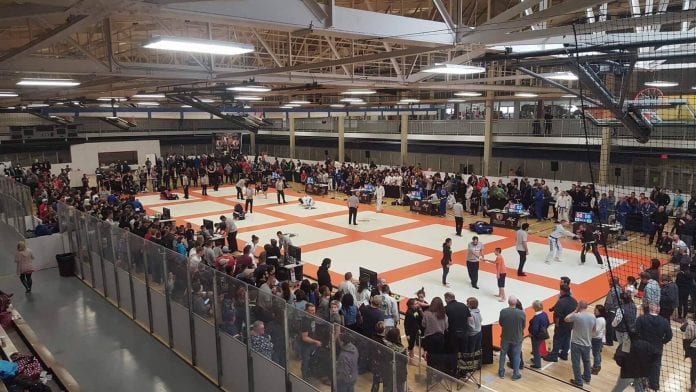 I had an opportunity to chat with tournament director Marcos Flores about this monumental change to see what his motivations may be and if there are any anxieties he has about the development.

“We are always thinking of ways to give back to the people that have been doing this sport for a long time. We recognize the sacrifices that every belt makes, but also how much it takes to make it to brown belt.”

One thing that this will affect is lower belts’ ability to enter the brown belt division.  Historically, Grappling Industries has allowed lower belts seeking an extra challenge to compete up. I myself took advantage of this when I was a purple belt, generally competing at brown belt unless there was an opponent I wanted to face in purple, but this is changing with the new edict.

I was curious about the long term implications this may have on the young and constantly growing sport.

“I have always noticed that the higher a person gets in belts, the less they compete. I have said that brown and blacks are always the smallest divisions except for an IBJJF event. So I want to start seeing more of the higher belts competing in front of their peers and students. When we opened this up to black belts and pro fighters, we saw more competing and hopefully we see more brown belts now with the new rule.”

Short term, some may fear that this will drain resources from Grappling Industries.  The promotion’s prices are in line with their industry peers, and this will inevitably take a chunk out of the company’s profits.

“It’s not always about dollars and cents. Yes we are a business, but I am always looking for ways to improve the experience for everyone. So if I can get more higher belts to compete, then it means some of the lower belt divisions can get bigger also. When I was coming up, I always liked to watch the higher belts compete and at the same time I would want to get on that mat also. I am hoping the same happens now and we can continue to grow and give the best event for those white to purples that are competing either for the love of the sport or trying to make this a career. We all have to start somewhere so why not make your start with Grappling Industries or Only Submission Only.”

For more information about upcoming Grappling Industries events head over to www.grapplingindustries.com.