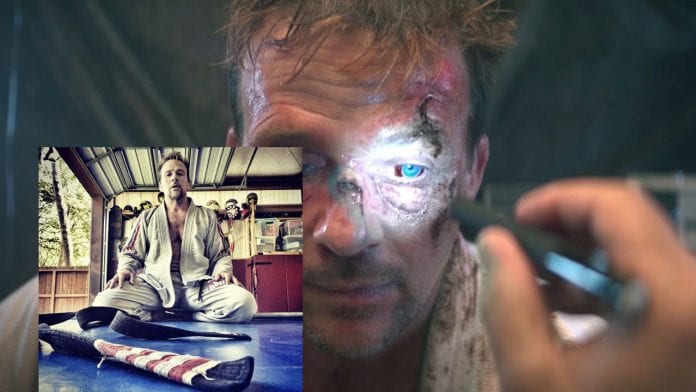 The jiu-jitsu world can rejoice — it looks like we’re finally going to see some good jiu-jitsu on the big screen.

The trailer for the upcoming film “Born a Champion” has been released, and from the looks of it, we’ll be seeing action, emotion, and actual BJJ. Even in the gi. With references to actual major jiu-jitsu tournaments. Is this real life?

The movie stars Sean Patrick Flanery of Boondock Saints fame, who is also a BJJ black belt under Ricardo “Franginha” Miller. Dennis Quaid and Katrina Bowden will also star in the film, and according to IMDB, Renzo Gracie (playing himself), Mickey Gall, and Edson Barboza will also make appearances.

The story centers around the fictional character of Mickey Kelley, a combat veteran and one of the first BJJ black belts from the United States. A brief description from Yahoo Entertainment says that Kelley “gets pulled away from everything he loves and into an unsanctioned MMA tournament, where his dreams of providing for his family come to a halt with a split-second decision. His life goes off the rails until years later he gets a shot at redemption.”

The film is directed by Alex Ranarivelo, who also wrote the movie alongside Flanery. Given that Flanery is also one of the executive producers of the movie, it’s no great surprise that jiu-jitsu is featured so heavily in the trailer (and likely throughout the entire film). It seems to be just what we needed after discovering that the movie named Jiu-Jitsu starring Nicolas Cage is… not about jiu-jitsu.

You can watch the trailer for Born a Champion below, and make sure you’re watching when it comes out on January 22.