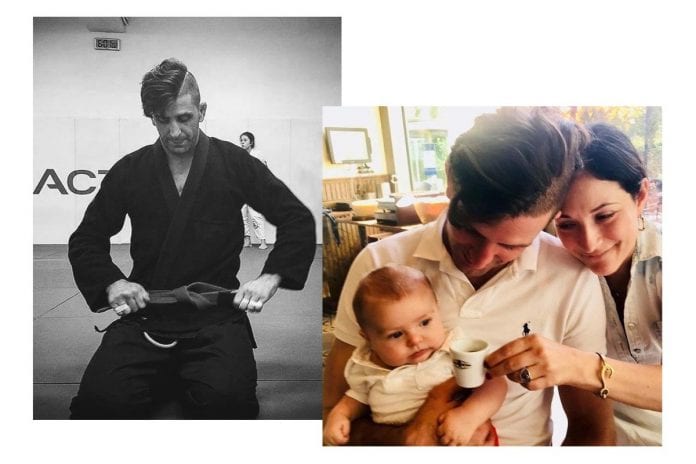 Gill is survived by his infant son, Renato, and partner Daria Desiderio. A GoFundMe has been set up by his teammates with proceeds going directly to Gill’s family during this difficult time.

Days before the family’s loss Desiderio herself was trying to help others, working to collect funds and resources for the victims of a fire in the family’s Sunnyside, Queens, neighborhood.

You can donate to Daria and Renato by clicking here.

Gymmates shared the following thoughts on Gill on social media:

“Brian was well known to everyone at the academy as he greeted everyone with love & camaraderie, bearing a smile, always with a genuine compliment in hand. He was the most fashionable guy at the school, colorful socks with matching bow ties, and an infectiously friendly and positive aura. His work ethic was beyond admirable, you can always find him drilling techniques and attending as many classes as he could. Brian always exuded an abundance of positive vibes that he shared so generously every single time I saw him. It pains me that we have lost him in this realm. I pray that he is in the highest of heavens.”

“I met Brian about 5 years ago at Training Zone. He immediately saw something in my 7 year old son. He was his youngest pupil in a adult class. He told me he was special. Now my son is 12 now and he’s Wrestling and just like Brian said he’s special. My thoughts and prayers go out to his lovely partner and his children and his family. God bless his soul.”

“A few years ago I left my phone in a cab. I didn’t want to go to a stranger’s house alone so I asked Brian to take a random ride with me (in a torrential downpour). That’s the kind of friend he was, drop everything to help.”

“He was a great human and jiu-jitsu practitioner whose presence will be missed by all those who interacted with him.”

“Brian was the type of guy you fall in love with immediately because of his positive outlook on every situation. Every good or bad event was a lesson to be learned and something good would come from it. Life was a blessing to Brian and he always tried to bring light to anything he could. Brian was the person I would call when I need to vent or just when I needed a little pick me up. To Brian, everything in life was a blessing, and honestly, thinking back, just knowing Brian and loving Brian was such a blessing, having him as a friend was even more than that. I can’t even begin to explain how awesome Brian was, all the posts speak for themselves. He made his short life so worthwhile. He grew into a loving partner and incredible father. Daria and Renny hold a special place in my heart.”