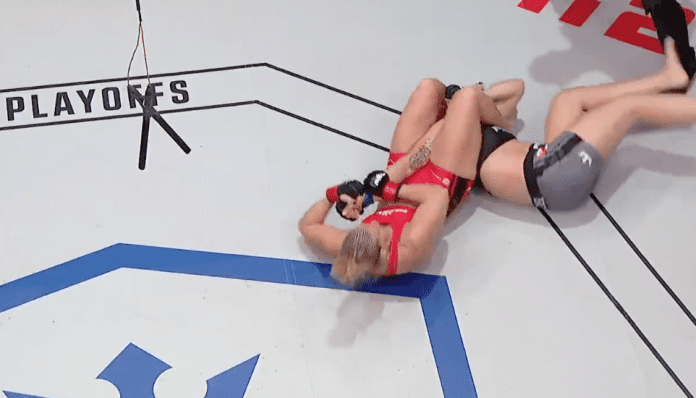 Olympian turned MMA fighter Kayla Harrison has done it again. Last night she defeated Bobbi Jo Dalziel via armbar in the first round to advance to the finals of the Professional Fight League, moving closer to the million dollar purse at the end of tournament. The finals will pay out on New Years Eve.

Unsurprisingly, Harrison–with her two Olympic medals for judo just chillin’ back home–kicked the match off with several takedowns, swiftly working into full mount and using ground and pound to open up the belly-down arm bar which gets her the finish: