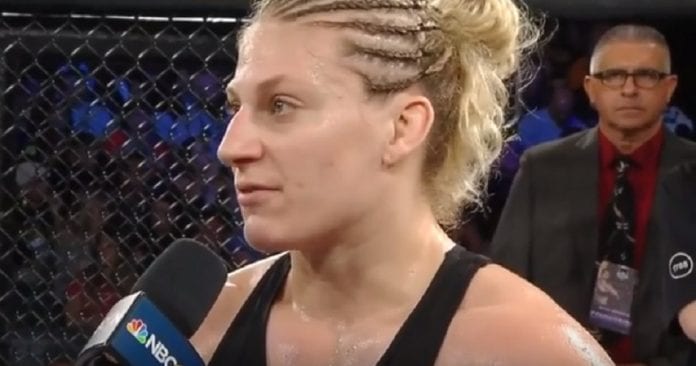 Kayla Harrison has added another victory to her MMA record after a win over Moriel Charneski at PFL 11.

Harrison, who currently has a flawless 3-0 record in MMA, is a multiple-time Olympic gold medalist in judo. She put her skills to use from the start of her fight, using throws to take Charneski to the ground. After one throw resulted in a ruthless ground-and-pound session from Harrison, Charneski appeared unable to defend herself, and the referee called the fight to give Harrison the TKO win in the first round.

Watch the highlights of the fight below, along with many other outstanding moments from the night’s battles.