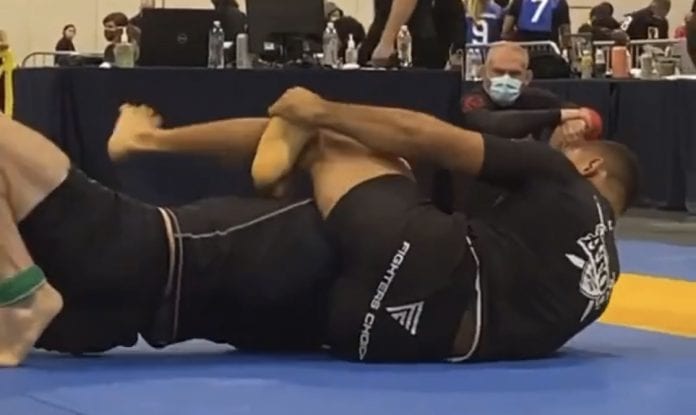 Johnson opened up the match by going for a single-leg, switching to a leg attack as Duarte pressured down to pass. Duarte shifted his weight and had an opening to take Johnson’s back, but Johnson recovered, momentarily going for a leg attack again before returning to playing guard. The effort earned Duarte an advantage, and he earned another one by going a straight ankle lock from top position as he worked to get past Johnson’s legs.

Duarte again used the same heavy pressure we saw before to move past Johnson’s hips and open up a back take opportunity, and this time he took it, sinking in his hooks and getting the four points before switching to a body triangle. He moved his legs up the body to isolate and extend the inside arm.

Duarte last competed at No-Gi Pans in 2018, where he was stopped by Max Gimenis in the semifinals in his division and Gordon Ryan in the open weight division. Johnson is a three-time winner at the prestigious event, taking home the title as a black belt in 2016, 2017, and 2018.