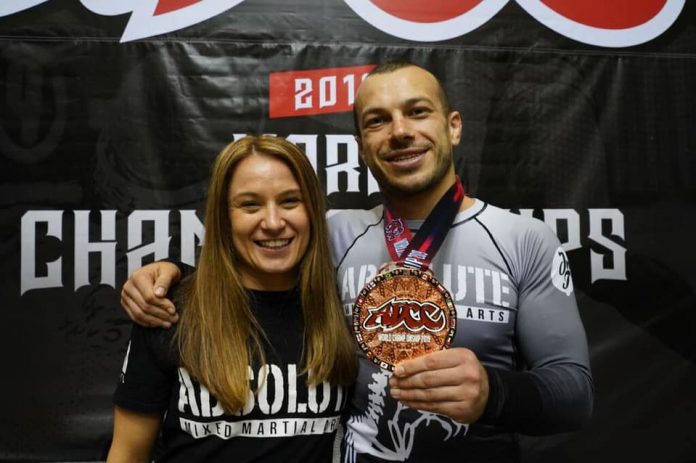 ADCC veterans and beloved Australian grapplers Livia and Lachlan Giles will soon be adding another member to their family.

The married couple announced on social media today that they’re expecting a baby boy, due in July.

Both athletes shared a video of a recent ultrasound of their upcoming bundle of joy.

Lachlan and Liv are known fondly throughout the BJJ community as a jiu-jitsu “power couple,” with Livia earning multiple world championship titles throughout her colored belt career and medaling twice as a black belt at the Abu Dhabi World Pro. Lachlan is a multiple-time Pan Pacs champion in both gi and no-gi. Both black belts qualified for the 2019 ADCC Championship, and Lachlan in particular set the BJJ world abuzz when he leg locked his way to a bronze medal in the absolute division against some of the biggest competitors in the bracket.