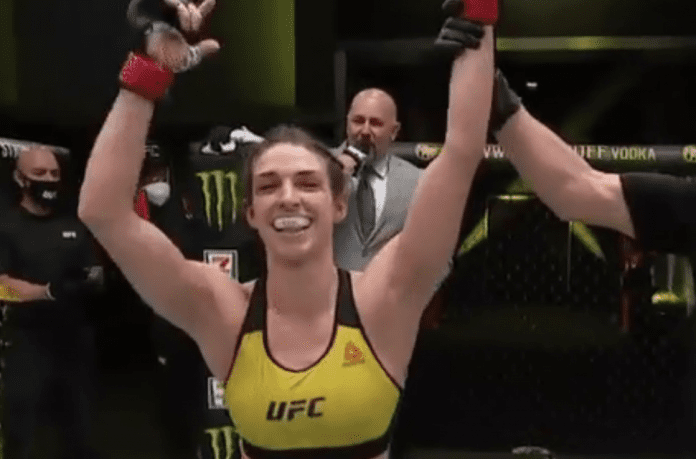 After a couple of rearrangements and postponements, Mackenzie Dern and Hannah Cifers finally faced off for May 30’s UFC Fight Night: Woodley vs. Burns, and Dern came out of it with a new and improved record of 8-1.

The fight had an aggressive start, with both athletes coming in quick with strikes. Cifers clinched up with her opponent and forced Dern to the cage, throwing a few knees in. About a minute in, Dern managed to break apart, and the fighters continued to throw strikes, with Cifers in particular pushing the pace and throwing quick, aggressive combos. Cifers caught a kick from Dern, and Dern tried to trip Cifers to take her down, but Cifers recovered quickly and got on top, and Dern worked her guard and then found the opportunity for a kneebar. It took only seconds for Cifers to tap, leading Dern to be declared the winner about halfway through the first round.