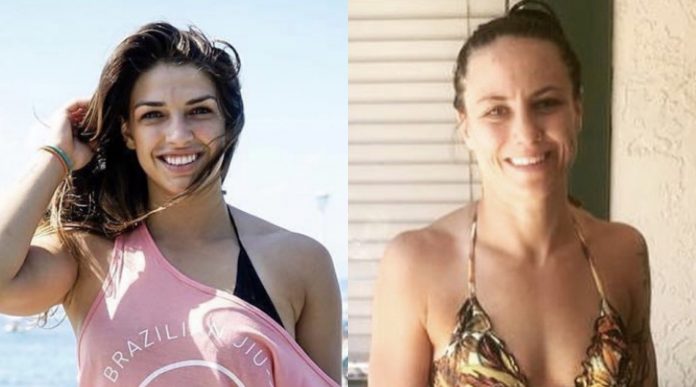 After securing her tenth professional MMA win with a decision over Virna Jandiroba, Mackenzie Dern has already agreed to her next matchup, according to MMA Junkie.

Though the UFC still hasn’t made an official announcement yet, Dern has reportedly agreed to fight Nina Ansaroff on a yet-unnamed UFC card set to take place on April 10, 2021. Ansaroff has also agreed to the fight, which will be her first since giving birth to her first child in September with her wife, UFC double-champ Amanda Nunes.

Dern is currently riding a three-fight winning streak, having submitted Randa Markos and Hannah Cifers in the first round with an armbar and a kneebar, respectively, prior to her win over Jandiroba. ESPN reports that she will receive minor surgery for a break in her nose suffered during her bout against Jandiroba, but should be ready in time for her next fight in April.

Prior to getting pregnant, Ansaroff took a unanimous decision loss against Tatiana Suarez at UFC 238 back in June 2019. Before that, however, she was on a four-fight winning streak, defeating multiple notable fighters including Angela Hill and Claudia Gadelha.