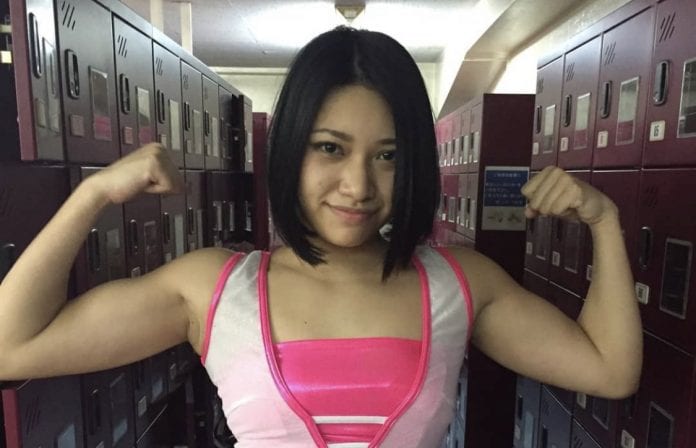 Hana Kimura, a pro wrestler and cast member of Netflix’s Terrace House, has passed away at age 22, according to multiple reports.

A cause of death has not been made public. However, her most recent story on Instagram showed a photo of her and her cat with “goodbye” written in Japanese. A fan’s translation of some of her tweets also shows that she expressed distress over the amount of negativity she received online, saying things like “I don’t want to be a human anymore.” She had also reportedly tweeted photos indicating that she had self-harmed.

Stardom, the organization Kimura competed for, released a statement on social media and asked fans to be respectful during this difficult time for the woman’s loved ones:

Kimura’s love for wrestling seems to run in the family — Her mother, Kyoko Kimura, was also a professional wrestler. The young woman made her professional debut (and won her first title) in 2016. She later left Wrestle-1 to wrestle under Stardom in 2019, where she achieved further success leading the Tokyo Cyber Squad and won the Artist of Stardom twice and Goddess of Stardom championship once.

Please contact the National Suicide Hotline at  800-273-TALK (8255) if you live in the USA and are experiencing thoughts of self-harm.