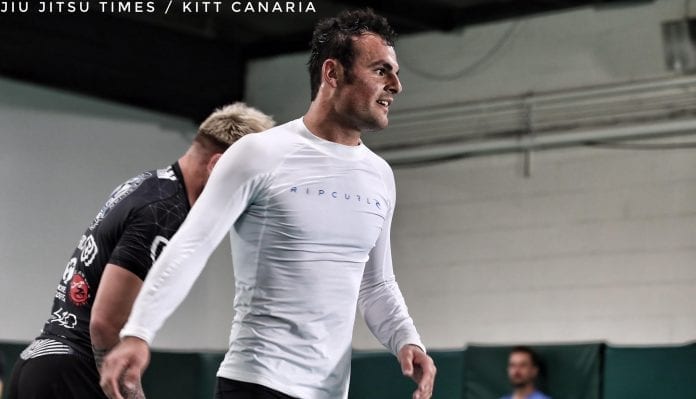 Son of Rorian and nephew of Royce, Ralek Gracie is best known as one of the reasons submission only competition has exploded in the last decade. He founded Metamoris in 2014, and is now trying to resurrect the popular grappling showcase after it was sidelined by money woes and an inability to pay its competitors…something he readily admits is still a problem as he works to bring back his brainchild.

“There’s no doubt that I let down the jiu-jitsu community. I created a monster that I couldn’t control,” Gracie said of Metamoris on The MMA Hour on March 10th’s episode. “It was a lot of my own inability to grow a company and not have that experience. There was a lot of energy for growth and a lot potential that I just couldn’t manage.”

Gracie says he now feels capable of bringing back the competition which became the foundation for sport BJJ staples like Kasai, EBI, and Polaris. One week ago the Instagram account for Metamoris, inactive for almost a year and pockmarked with angry user comments about “fraud,” suddenly went active again, posting the words “Chapter 2” and “#thecomeback.”

“I’ve had to kind of recuperate from a lot of the emotion and a lot of the stress that we really went through frankly in this whole process,” Gracie said of his time after the Metamoris scandal broke. “Just trying to keep things afloat and keep things going despite all that financial stress, being able to take that time off and in the moment what we really have, the things that’s coming up is, there’s a life for Metamoris that is way longer than what I guess I even anticipated initially. Chapter Two is a reference to the fact that we’ve learned a lot, we’ve made a lot of mistakes and gone through things that we couldn’t even anticipate. We’re aware of the fact that’s essentially in the first chapter in a book that could go 10, 20 chapters,” he told host Luke Thomas.

Metamoris remains in debt, with some competitors still unpaid here in 2019. That, however, isn’t stopping Gracie from openly seeking out business partners to help run the show again. That partner would be taking responsibility for operations this time, he says, while he presumably makes matchups and develops the Metamoris brand he still passionately cares about.

“I can just walk away from it,” Gracie said. “But the reason I won’t…it’s chi, its karma. And so I believe personally there is a certain amount of energy, and whether you call it good or bad, there’s energy, and it’s passion and people who have been wronged and there’s energy and ill toward the brand or towards me personally is meaningful. Ultimately if I had the ability right those wrongs, if I had the ability to step into it and say, ‘Hey, here’s your money, after five years, here’s your money,’ for them to go ‘Oh wow, okay, I’m not necessarily like super excited but I’m no longer holding on to something that I was holding onto in the same way with you.’ And I think that chi and that release and that movement could ultimately be stronger than starting a new brand.”

The complete interview is available here: