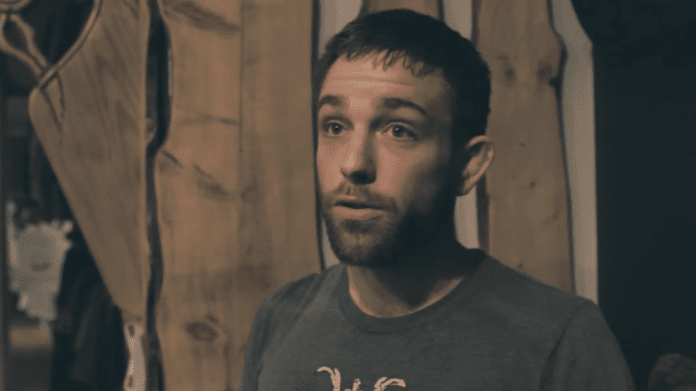 Aragorn gripped his sword tightly, flanked by staunch allies Gimli the Dwarf and Legolas the Elf. They each sensed a great energy fast approaching, and assumed it could only be the malevolent spellcaster known as Saruman the White.

“Do not let him speak,” Aragorn whispered. “He will cast a spell on us.”

The three members of the fellowship readied their weapons, prepared to strike hard against the vile conjurer as the enemy drew near. Aragorn began to turn, leading the charge.

They attacked, but were struck back by awesome magical power. Their weapons grew too hot to wield, and dropped to the floor. They shrunk against the blinding light shining before them.

But as it dimmed, a familiar friend stood to greet them.

The Wizard had returned.

… And that might be the most roundabout, nonsense way to let you all know that Ryan Hall is going to fight again!!!!

Yes, the submission machine is confirmed to enter the octagon once again to face #11 ranked Featherweight Dan Ige at UFC Fight Night on March 13. First reported by BJPenn.com, the still location-less bout has since been confirmed by MMA Junkie‘s Dan Segura earlier today.

Inactive since his win in July of 2019, Hall has seemingly scared off many fighters in his division with his trademark nonchalant expression and deadly ground game. Having had to pull out of a fight against Ricardo Lamas last August, many have been dying to see him back in action.

Coming from a decision loss to Calvin Kattar last July, Ige is looking to recapture the fire from his previous six win streak under the UFC. With wins over the likes of Edson Barboza and Danny Henry, a win over Hall would definitely secure him a top 10 bout.

After calling Ige out over Instagram awhile back, I can only imagine Hall is eager to collect more limbs from his fallen foes.

The Jiu-Jitsu Times will follow this story as it develops.