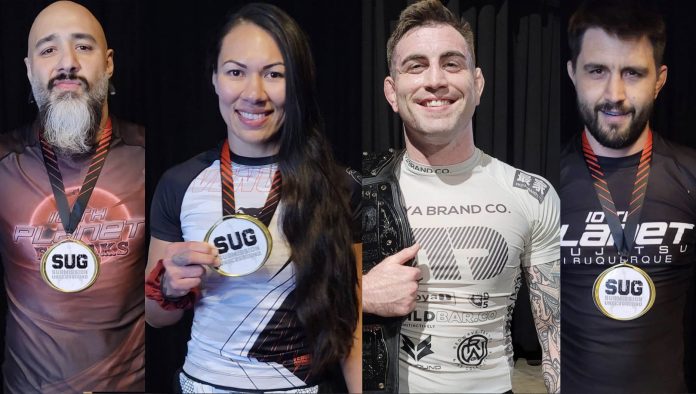 Mason Fowler is still the Submission Underground champion after his win over challenger Kyle Chambers at SUG 23.

After some wrestling on the feet, Chambers attempted an Imanari roll, which Fowler evaded. Chambers then pulled guard, working his way out of danger and back to his feet when Fowler moved to pass. Fowler forced Chambers against the cage, then lifted him up and brought him to the canvas, quickly passing to north-south despite Chambers’ flexible guard.

Fowler then transitioned to side control and worked to isolate an arm as Chambers tried to escape from beneath him, soon transitioning to north-south again and lifting Chambers’ shoulders to gain access to his back. Chambers tried to get his shoulders to the mat, but Fowler locked on a body triangle and worked to a rear naked choke. Though his arm was more across Chambers’ face than his throat, the pressure was still enough to force Chambers to tap, and Fowler continued his reign as the SUG champion.