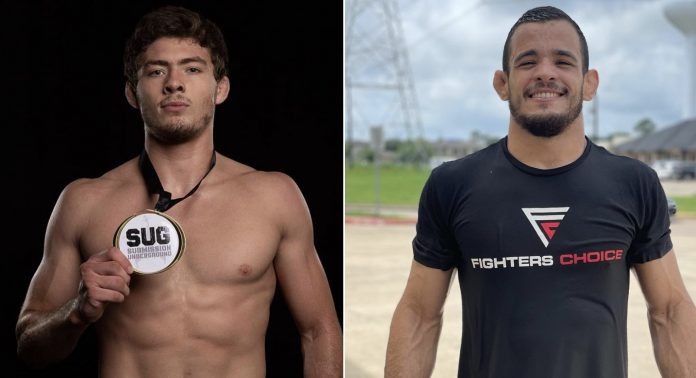 Submission Underground has lined up eight men for their second absolute tournament, and one of them will go home with $10,000 at SUG 24.

The promotion has announced that their next event will have a tournament setup, with the winner going on to face current male absolute champion Mason Fowler.

The co-main event of the card will see current female absolute champ Amanda Loewen take on fellow SUG veteran Raquel Pa’aluhi Canuto. Loewen is currently undefeated in her six SUG appearances. She claimed the first SUG women’s championship title in December when she submitted Felicia Spencer, going on to defend it against Roxanne Modafferi back in March. Canuto is a 2017 No-Gi World Champion whose most recent SUG appearance saw her win her match against Gillian Robertson with a guillotine choke in just thirty seconds. With a number of impressive accolades on her resume, she’ll likely be Loewen’s biggest challenge yet.

The tournament will feature a few big names along with a number of impressive up-and-comers. Roberto Jimenez will almost certainly be the most-watched competitor in the event as he returns to try to avenge his only SUG loss, which took place in 2020 in the finals of the first SUG tournament final. Jimenez faced off against Fowler in a match that went into overtime, and Fowler got a rear naked choke to secure his own chance to challenge then-champ Craig Jones for the male absolute championship title. If Jimenez makes it through the bracket and wins this event, he’ll get a rematch against Fowler and a shot at the absolute championship.

Two of the other biggest names in the bracket are Pedro Marinho and Kyle Boehm. While Marinho is a newcomer to SUG, he has been steadily building an impressive list of achievements since his brown belt days, which include multiple F2W victories, a first-place finish at Jitz Kings, and two third-place finishes in the 3CG Kumite series. Boehm, who took home first place at the 2019 BJJ Fanatics Grand Prix event, also has a tag team victory from SUG 11, which he claimed alongside Vinny Magalhaes in a battle against Craig Jones and Nicky Rodriguez.

SUG 24 will take place on Sunday, June 27, and can be streamed live on UFC Fight Pass.