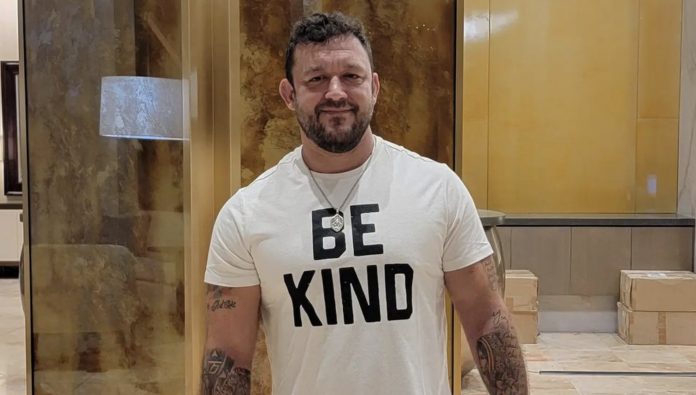 How You Bear It: Triumph and Resiliency in Life by Tom DeBlass has hit the #1 Best Seller spot on Amazon’s list of Martial Arts Biographies.

The listing on Amazon describes the book,

How You Bear It: Triumph and Resilience in Life

“Jiu-jitsu champion, professional fighter, and world-class coach, Tom DeBlass became a hero in the martial arts community for his blue-collar roots and no-excuses approach to life. Today, he heads dozens of academies and has coached elite athletes such as world champion Gary Tonon. He’s also the creator of some of the most popular jiu-jitsu instructionals in the world.

Follow the story of a runt from New Jersey, told by Tom to his father during the last year of his life. Bullied from a young age, Tom holds nothing back about being raised in a turbulent household where chaos was normal and strong ties to family were constantly tested. As he discovers the self-healing powers of sports and martial arts, Tom becomes a champion fighter as a young man. But his life brings on a new family, more students, and is responsible for more than just himself. Tom is forced to confront the driven competitor within, the one who will always pursue another medal, another victory. In his quest to finally heal from his past and find happiness, Tom learns an important lesson:

It’s not what you bear, but how you bear it.

Included in Tom’s story are key moments of his life and career such as:

Above all, Tom learns and shares lessons about triumph and resilience on and off the mats.”

For the novel, DeBlass enlisted the help of Louis Martin, a writer and martial artist with a black belt in Japanese jujitsu.

Together, they developed a 211-page biographical look into DeBlass’ life, challenges, and achievements that have now surpassed Rickson Gracie’s Breathe and Shannon Lee’s Be Water My Friend about the teachings of Bruce Lee.

How You Bear It starts us off with stories of DeBlass and his father and his formative encounter with a schoolyard bully. Through these stories, readers can begin to understand the hows and whys of Tom DeBlass as a person.

“I was notified early this morning my book hit the amazon #1 best seller for martial arts its release day. 🍾 🎊 😎

There are thousands of martial arts books on Amazon, they rank the top 100 daily.

Yesterday mine was the #1 bestseller.

That was a goal of mine, to be a best-selling author, and we reached it the first day. However, I want to hit best-sellers overall, not just martial arts, but also the best seller on other platforms as well.

Looking forward to picking up a copy, as you should be, too.