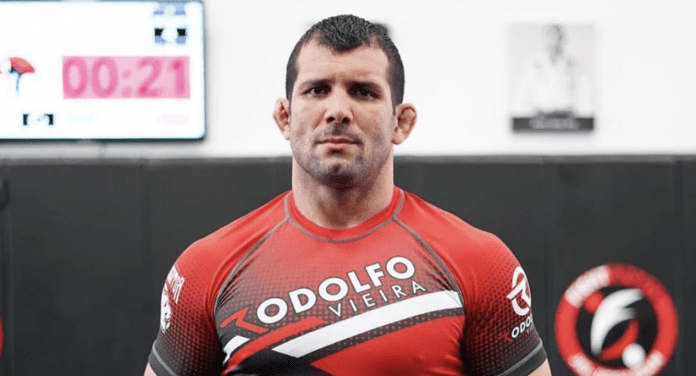 Rodolfo Vieira, a UFC Middleweight and multi-time jiu-jitsu world champion, has received a cerebral angiogram and reportedly received confirmation from doctors that he’s clear to return to MMA.

Vieira is one of the most notable jiu-jitsu specialists to successfully transition to MMA in recent years. He held an undefeated MMA record of 7-0 before losing a tough fight to Anthony Hernandez, in which Vieira’s loss can be attributed to an empty gas tank at a very early point in the fight. In his next fight, he came back to earn a performance bonus with a 3rd round RNC finish over Dustin Stoltzfus.

The procedure that Vieira received can provide specific details about the health and blood flow in a person’s brain. According to webMd, “a cerebral angiogram is the result of a type of X-ray called cerebral angiography. The X-ray checks the blood vessels and blood flow in your head, brain, or neck by using a special contrast dye.” These problems may include a bulge in a blood vessel (aneurysm), a narrowing or blockage of a blood vessel, or bleeding in the brain.

While Vieira has never been knocked out in his MMA career, he has been in some tough battles. His last two fights are particularly great examples. Additionally, his long and highly competitive jiu-jitsu career has been toying with the blood flow to his brain for decades. It’s currently unclear if there was any type of issue that t’s a smart move for him to get checked out

Brain health is a dark side to the artistic, yet brutal sport. However, preventive care and improving sciences are allowing fighters to maintain their careers and overall well-being for the long run.