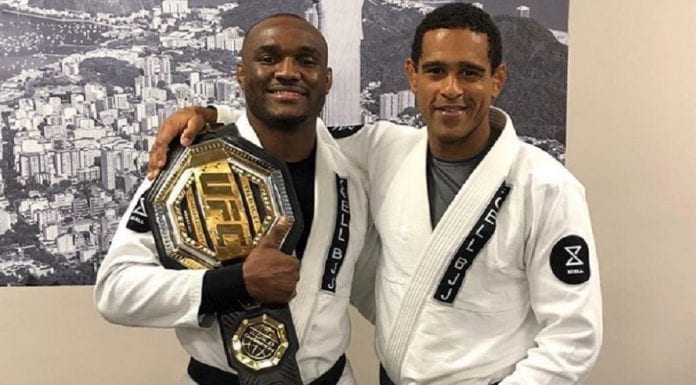 Kamaru Usman, a.k.a. the “Nigerian Nightmare,” has had a big week. First, he defeated Tyron Woodley to become the new UFC welterweight champion (and shared an emotional moment with his opponent’s mother after the fight). Then, not even a week later, he was awarded his black belt in Brazilian jiu-jitsu.

Jorge Santiago promoted Usman yesterday, saying in a social media post, “It’s a great honor to promote my brother and student to the Blackbelt in jiujitsu! You make me and all of @xcelljiujitsu very proud and you deserve it!”

Usman also shared the exciting news on his own page:

“I’m more than humbled and prepared to take on another challenge. Last night my Sensei @jorgesantiagojj pushed the bar even higher by given me my BJJ black belt. I’m beyond excited and can’t wait to be recovered and back on the mats”

Hopefully, this fighter will continue to find happiness and success in his martial arts career.