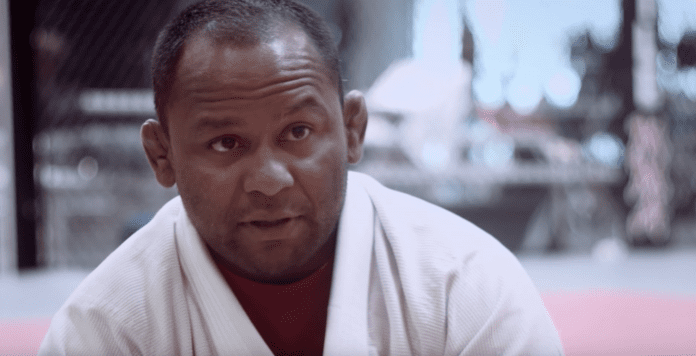 The professional conduct of black belt, UFC veteran, and former IBJJF world champion Fredson Paixao is being called into question following the social media posts of two former students. One, a Redditor who wishes to remain unnamed in this story due to an ongoing lawsuit, has provided verified evidence he suffered serious injury and lasting head trauma as a result of Paixao allegedly lapel choking him at a bar. The other, Steven Bonell II, reported questionable behavior at Paixao’s Las Vegas academy, including but not limited to sexual harassment of female students and alcohol abuse.

In a post titled “I was assaulted by a BJJ world champion/MMA legend,” user roly_poly_of_death shared how his post-brown belt promotion outing with Paixao turned into a shocking injury which has seriously affected his daily life since it occurred just under a year ago:

“I ordered a round to celebrate, we were all having a great time, all was good. Then, out of nowhere, while we were in pleasant group conversation, Fredson Paixao (earlier described black belt) reaches over and applies a front collar cross choke on me (It was cold so I was wearing a super thick flannel jacket). I tried to tap, then I hear I tried to push away at his face with no luck. He let me go. I stumbled for a second (unconscious) till I dropped my full pint glass of beer to the ground (this is what I heard from multiple trusted witnesses bc i’m passed out at this point). Next I fell backwards and my first point of contact was the back of my head on the metal pipe foot rest for the bar. My head split open and I was twitching in a pool of blood unconscious while my wife and team tried to help. Fredson immediately [fled] to his hotel room in the same location.”

A photo of the resulting injury was included in the post:

“Roly Poly,” who did not have health insurance at the time of the injury, was brought to the hospital where he received seven staples in his head and was diagnosed with a traumatic brain injury. Over the next several months, he claims he struggled with cognitive dysfunction, vision disturbances, and worsening neuropathy. Forced to pay out-of-pocket for multiple MRIs, bloodwork, and follow-up treatment, Roly Poly eventually was diagnosed with transverse myelitis. The condition—inflammation of the spinal cord which interrupts nervous system signaling—is at this time considered a side-effect of the Paixao encounter.

The total cost of treatment, diagnosis, and management is now in the tens of thousands of dollars: an expense which Roly Poly and his wife had hoped Paixao would assist with.

“At first he told me how sorry he was and that he would help, but he ghosted me. I already won a civil case but I doubt I will ever see any monetary compensation,” said Roly Poly in his original post.

In a year where “calling out” abuse of all kinds has been front and center, members of the combat community have been closely reexamining instances of violence and bullying that happen outside the confines of competition. This cultural shift is partially what motivated Roly Poly to break his silence on the issue. He explained to Jiu-Jitsu Times that his primary concern is what happened to him happening to other students.

“I have been keeping the news personal until the civil case was over,” he explains. “[Fredson] could have made it right by helping in the first place, instead of running to his hotel room.”

The posting of the assault story then led Bonell to share his own experience with Paixao.

“I was reading the [Reddit] story all I could think was, ‘Yeah, that sounds about right,” Bonell told Jiu-Jitsu Times.

In his own post, Bonell alleges Paixao drank alcohol while teaching, shared pornography on the mats, and displayed an overall attitude toward the female students at his Vegas gym that seemed at odds with Bonell’s understanding of the jiu-jitsu lifestyle. Jiu-Jitsu Times has been unable to verify the exact details Bonell shared, but has confirmed he was a student under Paixao for six months.

“Often it was just me and a couple of his upper belts and him in classes, which I thought was great because it was almost like a private lesson most days with Fredson. But these classes would frequently get very weird.

One day we all gathered on the mat as class started and he pulled out his phone, I thought maybe he was going to show a technique or match then instruct us on how to do it. Instead he pulls up a **** video and begins passing his phone around to us, when the phone gets to me I pass it on without looking for what I believe to be obvious reasons. I then was shamed for the rest of class for not watching the **** video with them. This happened more than once, they asked me if I was gay or if I was Mormon because those must be the only two reasons that I wouldn’t want to watch **** with my bjj teammates.

Almost everyday I was there he would show up late or barely on time which I hated because I’m incredibly punctual so that did not fly with me. He would also almost always show up with a large hydroflask that was just filled with a mixed drink. He would show us technique then sit on the side of the mat at 9am slamming back a vodka cranberry. Also the only place he would go other than the gym or his home was the bar. That was all we did as a team other than train was go out for drinks. This was something I never took part in because it is not something I enjoy.

No women who trained at our gym got away without being harassed. Most our female training partners expected this and took it on the chin. Most of the harassment was after the woman left the room and that is when they began discussing the most attractive/unattractive aspects of said woman. These women of course did not stick around long and I am sure they are baffled as to why they keep leaving.

He is also a staunch Bolsonaro supporter, take that as you will.”

Commentary, which is now hundred of posts deep, on the pair of posts have ranged from disbelief to outrage, with a smattering of “don’t be a *****” and “if you don’t like it go to a different gym” thrown into the mix. Several jiu-jitsu practitioners took the opportunity to share similar horror stories lamenting the conduct of coaches and high belts. One Redditer identified as “SweatyK” commented that:

“This type of extreme sociopathic, sadistic behavior is saddeningly common among ******* BJJ instructors it seems; I’ve had my own issues with a few that have stuck with me for a long time. Most recently – the guy that belted me all the way from white to brown in Nova Unaio just took all the members contract money from the old gym where I trained, closed the gym, and ran off to Las Vegas. This was after he drank before every class, threatened to kill his students girlfriends, brought some harder drugs into play – normal Bjj stuff right? I hate this for you and I wish I could do something more.”

These stories, and the conversation they’ve sparked, raise valid questions about what the community ultimately wants contemporary jiu-jitsu to look and be like. What should the code of conduct be for coaches and gym owners? Should high belts be held to the same standard as coaches? If a coach or black belt does decide to assault, sexually harass, and bully his own students, how do we want it handled? Is the “honor” of martial arts something we work to preserve on and off the mats, or a passé holdover from a simpler time before Internet trolling and rubber guard were things?

And, given that more students will remain students than evolve to the level of black belt or world champion coach: Are practitioners who ask for healthy boundaries in their training environment really “pussies,” or just mentally stable adults seeking to create physical and emotional longevity in a practice that already tends to break both apart given enough time?

Answers don’t come easily. Most people want to be the hero in their own narrative, and so the idea of devoting oneself to a system of effective violence rooted firmly in good guy intentions and meditating in waterfalls is appealing to the majority of practitioners. But as reigning submission king Gordon Ryan recently pointed out when his own behavior was called out by legend Roberto “Cyborg” Abreu, jiu-jitsu isn’t a mythical hammer that can be wielded only by those most worthy:

Despite being reportedly choked into a TBI on the same night he received his brown belt, Roly Poly isn’t looking for blood. Though he still struggles with his symptoms, he’s back to training and teaching, and remains passionate about jiu-jitsu. Mainly he wishes the man he used to idolize before the alleged assault would assist with the catastrophic costs that resulted from the encounter.

“At this point [Fredson] just needs to wait for the system to catch up, or contact my lawyer to go over any other possibilities,” he says.

And Bonell continues to train enthusiastically, though not with Paixao. While he wouldn’t mind seeing the equivalent of BJJ’s own #metoo movement take down some of the bigger jerks in the sport, he’s not trying to start that revolution so much as validate Roly Poly’s claims while finding some humor in an otherwise crap situation.

“My main reason for posting was for the comedic value that some of [those] stories hold,” he writes. “[Fredson] is still the type of person that would choke someone unconscious at a Christmas party and I would be incredibly surprised if it has changed in any significant way.”

Jiu-Jitsu Times reached out to Fredson Paixao multiple times to discuss the accusations but has not yet received a response.