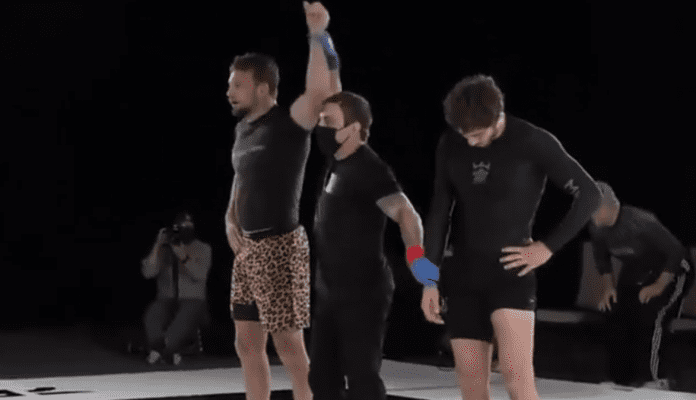 The co-main event of Who’s Number One was a fast-paced match between Craig Jones and Roberto Jimenez. Though Jimenez was able to defend a few close submission attempts from Jones, the match was over in just two and a half minutes thanks to Jones’ leg lock expertise.

Jones pulled guard and immediately attacked a leg, with Jimenez managing to roll out to safety and begin aggressively trying to pass Jones’ guard. Jones again worked himself into a deep leg attack entry, and Jimenez again managed to escape. Jones’ third major attempt proved to be the charm as he worked himself into the saddle position and found Jimenez’s heel.

It was only seconds before Jimenez verbally tapped to Jones’ inside heel hook, and Jones was declared the winner.