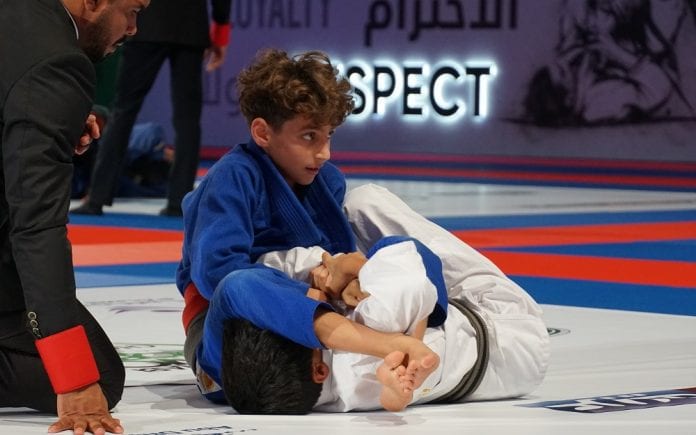 3rd Coast Grappling has been putting on some crazy-good shows, featuring matches between elite-level grapplers and local jiu-jitsu athletes alike. But there’s been one subset of competitors that’s been noticeably absent from their competitions… until now.

Promotor Ryan McGuire has revealed to the Jiu-Jitsu Times that early next year, 3CG: Kids will be kicking off to showcase the talent of local kids in jiu-jitsu. The event will be separate from the other 3CG competitions and will feature kids up until they get their adult blue belt.

The absence of young competitors in 3CG events up to this point hasn’t simply been an accidental oversight on McGuire’s part. “We felt bad excluding kids from our event, but know there’s a ton of talent out there and kids jonesing to compete,” he said. “We just want to showcase the kiddos, but weren’t comfy with them in a bar or where alcohol is served and people are getting tore up. Plus, alcohol commissions frown on kids in bars or music venues.”

Just because the competitors are small doesn’t mean that they’ll be getting a “miniature” version of the standard 3CG treatment. McGuire says that they’ll get the same star treatment that the promotion is known for, but with a more kid-friendly atmosphere and schedule. For example, the events will take place on Sunday afternoons from about 3 pm to 7 pm.

The first 3CG: Kids is scheduled to take place on the third Sunday in January. The Jiu-Jitsu Times will continue to provide updates for the event as more details become available.