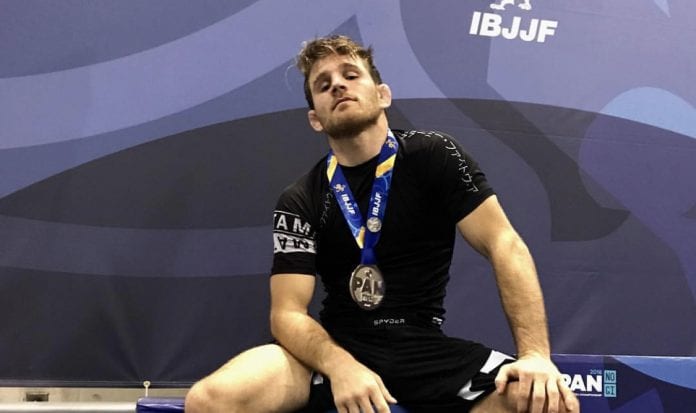 Former no-gi world jiu-jitsu champion A.J. Agazarm will make his mixed martial arts debut on January 26th, fighting Jesse Roberts at Bellator 214 in California. The matchup will be a 160lb. catch weight fight between the pair of unranked fighters, who are both stepping into the cage as professionals for the first time.

Agazarm was signed to Bellator in November 2018, marking a shift away from his colorful career as a grappler. During his years as an exclusive ground gamer, Agazarm won golds at events including the 2014 No-Gi Worlds, 2013 PanAm No-Gi, and the 2013 No-Gi Brazilian and European championships. He placed 2nd at ADCC in 2017, the same year he returned to a win the European No-Gi Open after a 3-year break. Agazarm also beefed publicly with fighters like Dillon Danis and Geo Martinez, sometimes lashing out in public social media posts and interviews.

Agazarm has not yet spoken about the upcoming match, but has been training striking with The Diaz Brothers and Wild Card Boxing.

Jesse Roberts is a relative unknown with a 3-1-0 amateur record. He fights out of Louisiana, and was ranked at 62 on the Southeast Amateur Lightweights listing at the time of the Bellator fight announcement.