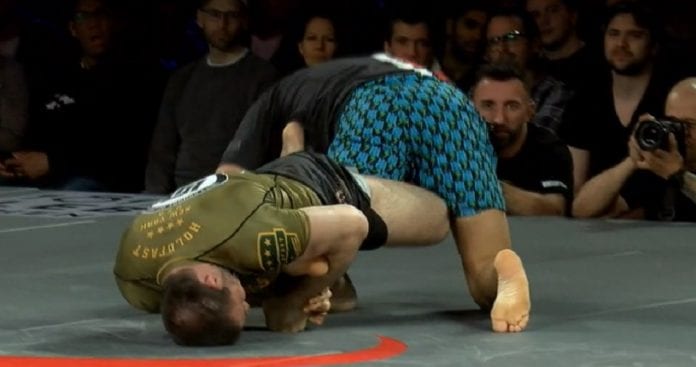 Kasai 5 is still underway, but one of the favorites to win the event was upset by a heel hook that ultimately rendered him unable to continue in the competition.

After two point-based wins (against Valdo Araujo and Jackson Sousa), Felipe Pena stepped up to face Aaron “Tex” Johnson, who had a heel hook win against Sousa and a draw against Araujo. Johnson was a clear underdog in the match, but was able to quickly catch Pena in an inside heel hook. Although Pena tried to fight it, he was forced to tap and seemed to limp when he got up.

Johnson, for his part, seemed shocked that he was able to submit Pena, but quickly composed himself to rush over to his opponent and embrace him.

When it came time for the match that would determine the winner of third place, it was announced that Pena would have to withdraw from the tournament due to being injured by Johnson’s heel hook.