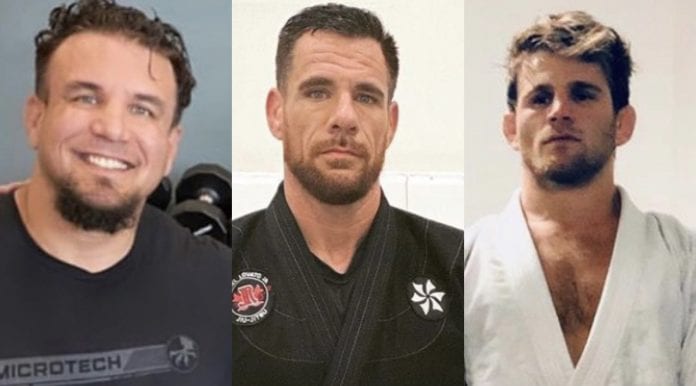 Thirty Bellator fighters will now reportedly be moving on from the MMA promotion.

MMA journalist Jason Floyd was the first to report the mass departure, and MMA Junkie confirmed the news. Bellator itself has yet to make an announcement.

Three of the named fighters — Rafael Lovato Jr., Pat Curran, and Jon Fitch — have retired. The news of Lovato Jr.’s retirement is hardly a surprise, as the former middleweight champion revealed earlier this year that he was diagnosed with a brain condition, prompting him to vacate his title. However, he’s been more active in the competitive jiu-jitsu scene recently, so despite his retirement from MMA, we’re still likely to see him in action on the mats.

Whether the other listed fighters have left due to being released or reaching the end of their contract is currently unclear. Among them is 2014 IBJJF no-gi world champion AJ Agazarm, who currently holds a 3-2 professional MMA record. Former two-time UFC heavyweight champion Frank Mir, whose daughter just won her own professional MMA debut, will also be parting ways with the promotion.

Here is the list of all the fighters departing Bellator for reasons other than retirement: